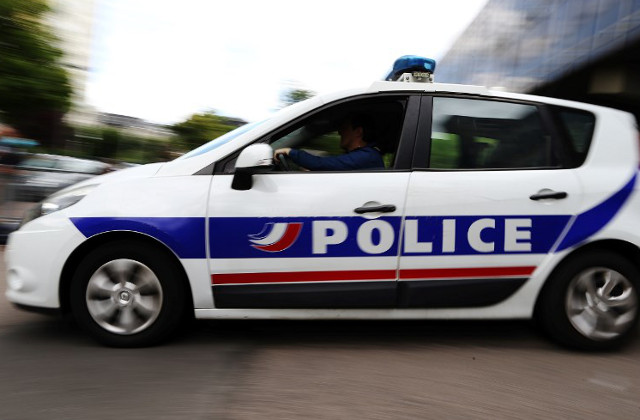 Photo: AFP
A French police association launched the photo competition at the start of August to highlight the deteriorating working conditions faced by its professionals.
So far, 150 photos have been submitted. They show problems from rats and cockroaches, as well as mould and leaky pipes, in stations, to torn bullet proof vests and damaged vehicles. Screenshot/BFM TV
While it might seem like a unusual way of drawing attention to an important issue, the underlying complaint is a serious one, with the photos showing that even basic equipment is sometimes unfit for use.
For example, one photograph shows a car door falling off the vehicle.
“It was hot, so at least my colleagues had fresh air,” one police officer said in an interview with French TV news channel BFM. Screenshot/BFM TV
With most of the photos coming from the greater Paris region of Ile-de-France, they paint a dismal picture of rundown stations and dated equipment.
“The company cars aren't getting any younger and the stations have electricity problems, plumbing problems…there are smells…it isn't dignified for a national police force and our image is taking a hit,” says Stéphane Lantz from a French police association.
In October 2016, The Local reported the story of four police officers who were injured on a notorious working class housing estate near Paris in a Molotov cocktail attack.
Unsurprisingly, this helped trigger the current anger in the profession and demonstrations after the event led to the establishment of police collectives.
These same groups, dedicated to police interests, now hope to meet Minister of the Interior Gerard Collomb in order to discuss how to improve matters.