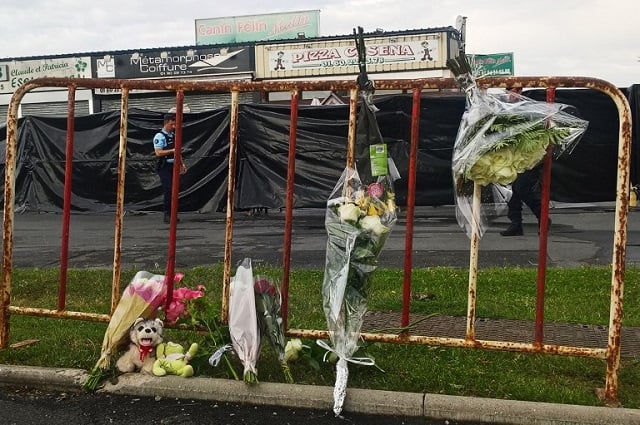 A makeshift memorial at the scene of the crash. Photo: AFP

The incident on Monday night initially raised fears it was a new terror attack, coming just five days after a suspected extremist rammed a vehicle into a group of soldiers in Paris.

But investigators have ruled out a terror motive, saying the driver had allegedly tried to kill himself the day before, several sources have told AFP.

“He's confirmed that he had taken large amounts of medication,” a legal source told AFP on Tuesday, asking not to be named because the information was sensitive. “

“We still don't understand his motive from what he's told us so far,” the source added.

The crash in the village of Sept-Sorts, 55 kilometres (34 miles) east of Paris, killed a girl aged around 12 years and left five other people seriously injured, including her three-year-old brother.

Pictures showed a BMW with its front-end inside the restaurant after ploughing through diners enjoying an evening meal in balmy summer weather. Eight other people suffered light injuries, Interior Minister Gerard Collomb said.

French President Emmanuel Macron sent his condolences, tweeting with the hashtag #SeptSorts that his thoughts were with the victims and their loved ones.

France is on edge after suffering a series of terror-related attacks, with some involving the use of vehicles as weapons.

On August 9th, six soldiers were injured after they were hit by a rented BMW in the western Paris suburb of Levallois-Perret. The suspect, a 36-year-old Algerian man, was later shot and wounded after a dramatic motorway chase.

On July 14th last year, an extremist driving a truck crushed 86 people to death after a fireworks display in the southern city of Nice.