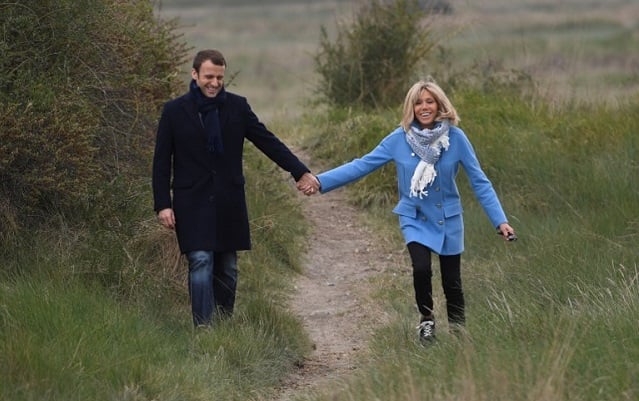 The president filed a complaint against a paparazzo for “harassment and attempted invasion of privacy” while visiting Marseille, according to French media reports on Tuesday.

The photographer allegedly followed Macron on a motorbike when the French head of state left the private residence where he was staying with his wife Brigitte, according to a statement issued by the Elysee Palace. This continued despite security officers repeatedly asking him to desist, the statement said.

And on Sunday, the man is said to have entered private property, prompting the legal complaint which was filed on behalf of Macron. Houses in the Talabot Park of the Roucas Blanc area in Marseille, southern France, a private residency where the Macrons are said to be staying. Photo: AFP

The couple had not made public the destination of their summer holiday, but the Journal du Dimanche reported last week that they were vacationing in a private residence in Marseille.

The photojournalist in question spoke to celebrity magazine VSD about his time in custody, telling the publication he was “treated like a criminal”.

“I'm shocked and outraged,” he said. “It gives the impression that the president is going to war with the press.”

The secrecy is a far cry from the Macrons' holiday in summer 2016, when the then-Economy Minister invited Paris Match magazine on his and Brigitte's trip to Biarritz. At the time he had not made public his plan to run for president.

The most memorable photo of that getaway showed the couple exchanging a friendly glance with a passing nudist.

But despite taking up several pages in the May editions of glossy Paris Match, Macron has shunned other publications.

The couple's lawyer sent a letter to the editors of French magazines Closer and Voici shortly after Macron's election, which threatened to sue if the publications are deemed to have invaded the couple's privacy.

Closer magazine has got into hot water over its photos of high profile figures before.

When the title printed topless photos of the British Duchess of Cambridge, Kate Middleton, she and her husband Prince William criticized the “grotesque” invasion of privacy.

The trial over the publication of those photos, which appeared in 2012, began in May this year.