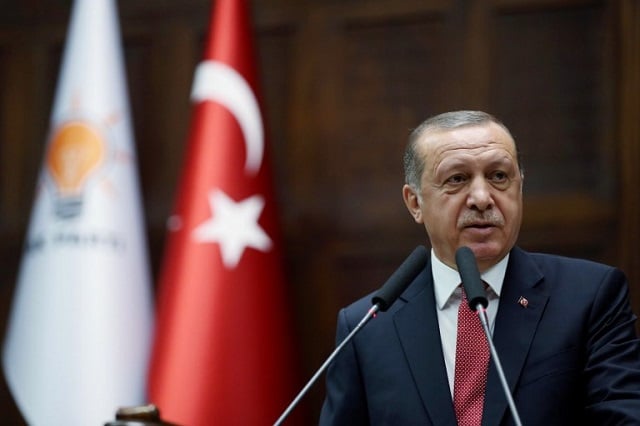 The French leader “expressed his concern about the case of Loup Bureau, a journalism student detained in Turkey, and his desire to see our compatriot return to France as soon as possible,” the Elysee Palace said.

Bureau, 27, was arrested on July 26th and accused of having links to Kurdish militias which Turkey regards as terrorist groups.

He is studying for a master's degree in journalism but has also worked as a reporter, notably on a story for the French channel TV5 in 2013 on the militia known as the Kurdish People's Protection Units (YPG).

Macron broke off from his holidays in the south of France to speak with Erdogan on Tuesday.

“The leaders have agreed to talk again next week,” the statement said. Foreign journalists have repeatedly been accused by the Turkish government of supporting terrorism for reporting on Kurdish separatist groups, adding to tensions between Erdogan and the EU.

The Turkish presidency, for its part, said the two leaders had discussed “bilateral and regional issues” including the “fight against terror” and the “latest developments in Syria and Iraq”, the state-run Anadolu news agency said.

But its report of the conversation made no mention of the Bureau case.

Foreign journalists have repeatedly been accused by the Turkish government of supporting terrorism for reporting on Kurdish separatist groups, adding to tensions between Erdogan and the EU.

Bureau is the third French journalist to be detained in Turkey in the past year.

In June, Turkey deported French photojournalist Mathias Depardon after holding him for a month on charges of supporting terror groups.

Another French reporter, Olivier Bertrand, was expelled in November 2016. Deniz Yucel, a correspondent for the German daily Die Welt, has been held since February, personally accused by Erdogan of working as a “terror agent”.