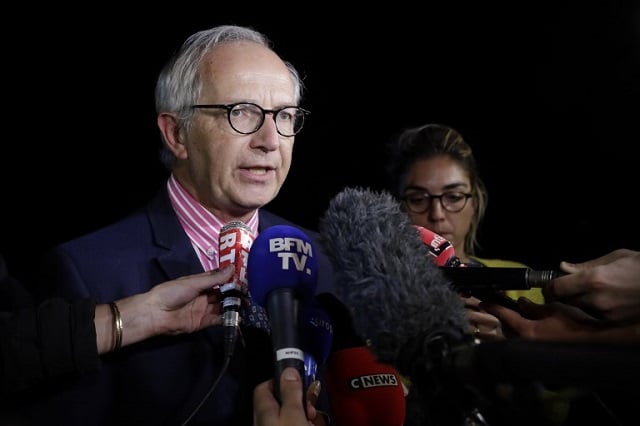 In the early evening on Monday, a car was rammed into the terrace of a pizzeria in Sept-Sorts, east of Paris.

The incident took place at around 8:15pm, when the grey BMW drove into the restaurant's window, hitting those in the vicinity.

The girl who was killed was a 13-year-old, despite initial reports that she was as young as eight. A further 13 people were injured, four of them very seriously.

The girl's three-year-old brother was among the four in serious condition, and was transferred by helicopter to a children's hospital. The other wounded were being treated on Tuesday morning in hospitals around Paris and the Île-de-France region.

Who was the driver?

Police have said the driver was a 32-year-old who lives in La Ferté-sous-Jouarre, close to Sept-Sorts in the Île-de-France region.

He was not previously known to police or intelligence services and did not attempt to resist arrest. However, he initially tried to flee the scene, the mayor of Sept-Sorts said, but witnesses restrained him.

A judicial source confirmed to AFP on Tuesday morning that the man had “consumed a significant amount of medicine” on Monday.

Why has terrorism been ruled out?

The car-ramming had echoes of some of the acts of terrorism which have rocked France over the past two years. It took place at a restaurant terrace, similar to the cafes, bars and restaurants targeted in the shootings in the November 2015 Paris attacks. And vehicles have also been used as weapons by terrorists, in a truck attack on the Nice Promenade during Bastille Day celebrations last year, and in an attack on soldiers in Paris just days before the pizzeria incident.

But investigators said on Monday evening that they had ruled out “the terrorism hypothesis”.

No weapons or explosives were found in the vehicle, despite the fact the driver had reportedly told police he had a Kalashnikov. Deputy prosecutor Eric de Valroger, said there was “no doubt” that the ramming had been deliberate, but he said the incident was a suicide attempt rather than a terror-linked attack.

The suspect “tried to kill himself yesterday (Sunday) without success and decided to try again this way,” a source close to the inquiry said.

The terrace remained closed off to the public on Tuesday while investigators and forensic police examine the scene. The driver's family will also be interviewed by police as they continue their inquiries, and have searched the man's house.