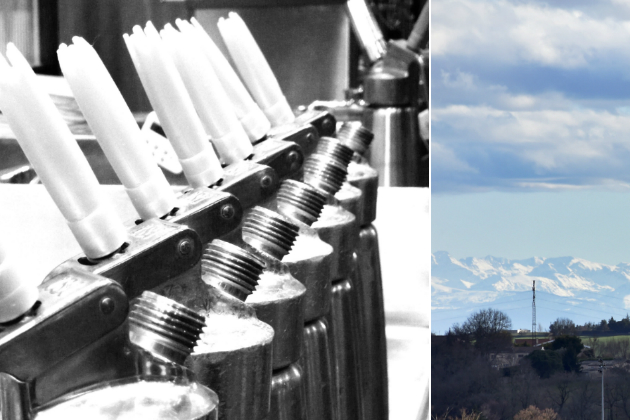 The woman's attorney, Emeline Petitgirard, said the sum was unusually large for France, where civil courts are “generally skittish” about big monetary awards “in the absence of death”.

But the attorney said the case of Emilie Lada, who was 30 at the time, was particularly tragic — the “colossal” 1.09 million euro sum is “for a life snatched away.”

When the whipped cream cannister exploded in December 2013 it cracked Lada's skull, prompted intracranial bleeding and tore off part of her face.

“But the surgeons' work was quite astonishing and the disfigurement is now barely visible,” Petitgirard told AFP.

However Lada can no longer work and has lost her sense of taste and smell, she added.

According to the judgement, made public Saturday, the court in the southern French town of Montauban found the cannister's importer F2J.com and its insurance provider AXA liable for the incident.

The damage award included 10,000 euros each to Lada's husband and their two children, aged 3 and 6 — as they were also in the kitchen with her.

AXA has appealed the decision, saying supermarket chain Auchan should bear some responsibility as it sold the canister.

The court disagreed, finding that Auchan was not liable because Lada could not produce a receipt proving her purchase.

It added however that Auchan had not put in place an effective alert system to warn their clients about the product, whose dangers have been known since March 2013.

A similar incident occurred in June when Rebecca Burger, a French Instagram star and well-known fitness blogger, died in eastern France after a dispenser exploded, hitting her in the chest.

France's National Consumer Institute (INC) had already issued a warning over the same type of cannister, used by the Ard'Time brand, saying the plastic lid may not be able to withstand pressure from carbon dioxide inside.