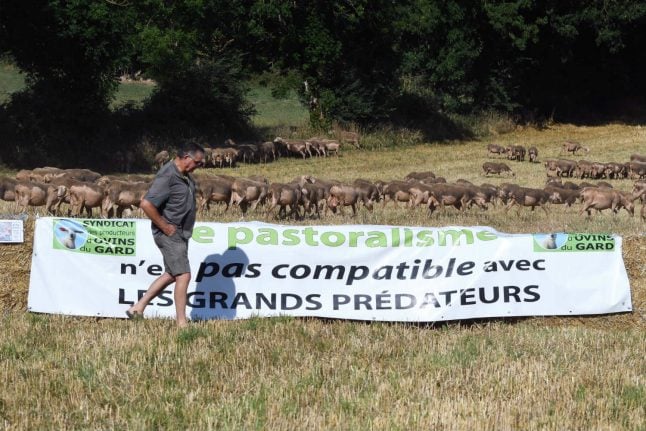 The demonstrators gathered more than 3,000 sheep, about a hundred cattle and a few horses in a field to represent the number of animals killed by wolves in France in recent months.

“They tell us that 80 percent of French are in favour of the wolf, but that's because these people don't know the reality,” said shepherd Melanie Brune.

Brune and other livestock breeders were calling for government action to tackle the problem.

So far this year, wolves have killed 4,153 animals in France, according to an official government tally.

Wolves used to be common in France before dying out in the early 1930s.

They reappeared naturally at the beginning of the 1990s and today they number around 360 across the country, according to France's National Office for Hunting and Wildlife (ONCFS).

The authorities have approved the culling of 40 wolves between July 1 2017 and the end of June, 2018 — the same number as the previous period. But the livestock breeders and their supporters say that is not enough.

READ ALSO: Wolves have set up home in the Paris region, experts say