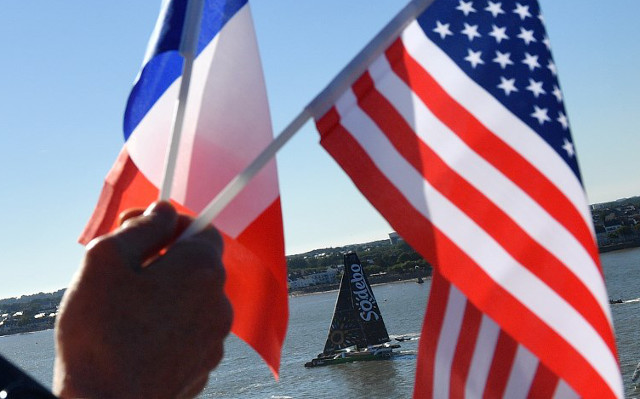 Photo: AFP
President Donald Trump has nominated California businesswoman Jamie McCourt to become the US ambassador to France, the White House said in a statement Wednesday.
Jamie McCourt, 63, is described on her company website as an entrepreneur, real estate developer and lover of food and wine.
READ ALSO: Trump on his trip to Paris for July 14th national day celebrations. AFP

Until her divorce in 2011, the Maryland native and attorney was co-owner of the Los Angeles Dodgers, with her former husband, Frank McCourt, who currently owns the Olympique de Marseille football club.

Based in Los Angeles, Jamie McCourt has degrees from Georgetown University, the University of Maryland and France's Sorbonne. She has lived and studied in the southern French city of Aix-en-Provence. An attorney who practiced for 15 years, she owns a Napa Valley vineyard.

During the campaign, McCourt showed early support for Donald Trump's economic policies and donated more than $400,000 to the “Trump Victory” fund, the Los Angeles Times reported.
McCourt was originally nominated to be the US ambassador to Belgium, but the White House withdrew the nomination and replaced it with France. Her appointment has to be approved by the Republican-led Senate.