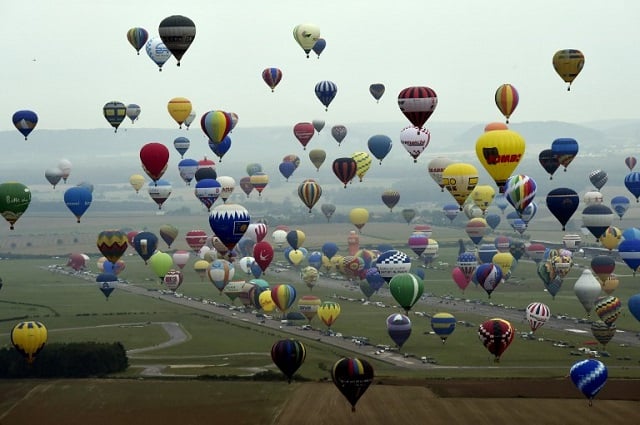 The spectacular scene took place at an air base in Chambley-Bussières under somewhat cloudy skies as part of Mondial Air Ballons, a gathering of hot air balloonists which takes place every two years.

This year things got off to a rocky start, with the world record attempt twice postponed over the past week due to windy weather. But at 9am on Friday, the balloons were able to take off, and broke the record set two years earlier at the same event.

The 456 balloons featured colourful designs including giant smiley faces, a kangaroo, and – of course – a champagne bottle. It took 45 minutes and careful coordination to get them all in the sky at the same time.

See how the incredible event unfolded in the timelapse video below.

There was only one small hiccup, when a balloon piloted by an Englishman collided with a power line. Though the balloon was slightly damaged, no one was injured in the accident.

“We are constantly progressing; it is of great pride, because we've held this record many times,” said the event's organizer, Philippe Buron-Pilâtre, who is a descendant of French aviator Jean-François Pilâtre de Rozier – one of the first ever men to pilot a hot air balloon in 1783.

Over 45 nationalities were represented at the gathering of hot air balloon enthusiasts, and the feat attracted hundreds of thousands of onlookers.

READ ALSO: The 18 best music festivals in France this summer 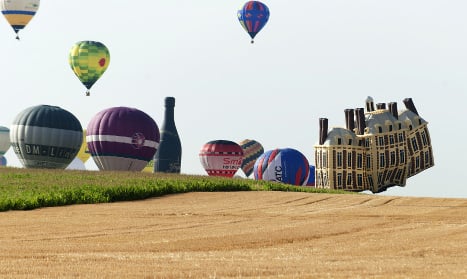