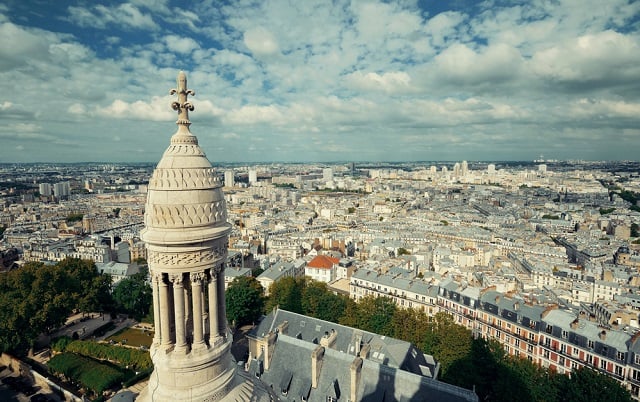 A view over the roofs from the Sacre-Coeur. Photo: rabbit75_dep/Depositphotos

The craft of the roofers and zinc workers who work on constructing and maintaining the city's rooftops has been included in the French Culture Ministry's list of intangible cultural heritage.

“Being included on the list marks a just recognition of our profession,” the president of the GCCP union, which represents the roofers, told Le Parisien.

“Our tools have been modernized and the risks inherent in our profession have declined. But our expertise remains traditional,” he added. The union president, Angel Sanchez, said he hoped the recognition would encourage more youngsters to enter apprenticeships in the trade – and boost the city's bid for Unesco World Heritage status for the roofs.

But there's some time to wait before finding out if the city's famous rooftops will be given the much-coveted recognition.

The path to Unesco status is long and complex: each area or site must go through years of consideration and assessment by various experts before it can receive the accolade.

The city first launched its application for the rooftops to be given the honour in 2015, with a committee headed by Sanchez; the mayor of the capital's ninth arrondissement, Delphine Bürkli; and journalist and author Gilles Mermet who has published a book about the unique roofs.

“The new batch of applications won't be filed until 2019 and Unesco wants to give countries without many registered sites an advantage, ” said France's Ministry of Culture, where they are currently waiting for Unesco's answer on the request to award status to knowledge relating the production of the world-famous Grasse perfumes.

Currently the only site in Paris that has the title of World Heritage status are the banks of the River Seine.

But France is not short of heritage sites.