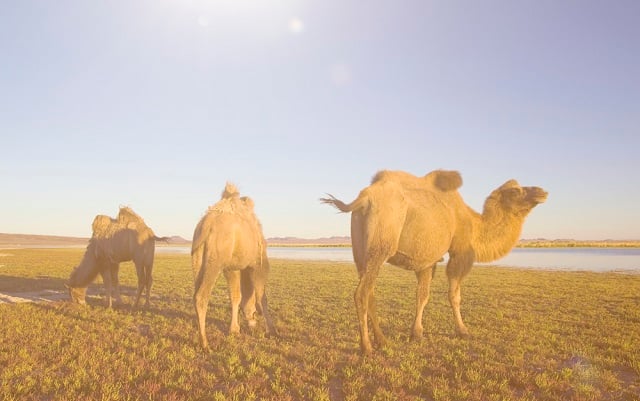 Officers were called to a roadside in the northern Oise department shortly before 7am on Wednesday morning after bemused passersby spotted the camels.

The animals had escaped from a nearby circus and managed to walk several kilometres before the police tracked them down in Boran-sur-Oise.

“After bringing three of the camels to safety, the patrol discovered the fourth not far off, and contacted the owner to retrieve his cattle,” local police said in a statement. AFP
The director of the circus, home to 12 camels in total, told Le Parisien that the animals had made their getaway after his son decided to take them for a ride.

“He wanted to walk them, but they pulled on the rope and he let go,” the man explained.

Camels might be an unusual sight on France's roads, but in fact they weren't the first wild animals to go on the run this summer.

In the Dordogne, a hunter is trying to track down an unusually aggressive deer after it attacked two locals, leaving one woman in need of hospital treatment.

And in the northwestern departement of Mayenne, police have been on the lookout for a rogue lioness after receiving around five reports of sightings from “credible witnesses”.