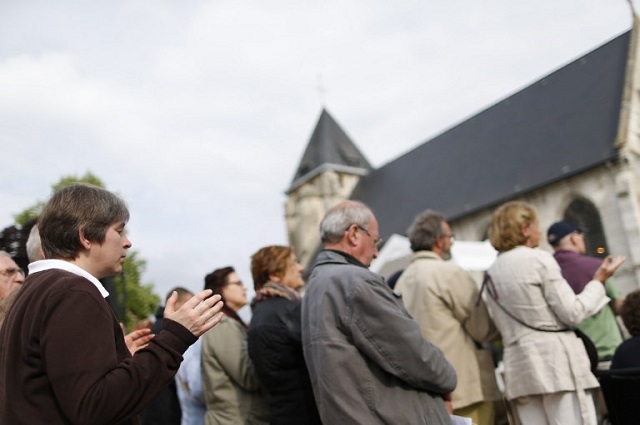 A mass was held in the Normandy church on Wednesday morning to remember Hamel, which was also broadcast on a screen to crowds outside.

This was followed by a ceremony to unveil a commemorative plaque, with both Hamel's sister and French President Emmanuel Macron in attendance.

Later, at 6pm, an evening prayer was scheduled to take place in the Rouen basilica, with further prayers at Hamel's tomb. Sister of Hamel (L) next to Saint-Etienne-du-Rouvray's mayor and Macron. Photo: AFP

During the mass, Archbishop Lebrun of Rouen said “hatred has not triumphed and will not triumph” in the town which was rocked by the shocking attack.

“In this church, Father Hamel spoke the language of love,” said Lebrun.

One symbol of the way in which different communities came together to mourn Hamel is the painting of the priest on display in the church. Depicting Hamel with a halo and prayer book, it is accompanied by a note reading 'painted and given by Moubine, a Muslim believer'.

Two knifemen took four hostages in the Normandy church on July 26th, 2016 and killed the priest in an attack later claimed by Isis.

Both attackers were shot dead by police after slitting Hamel's throat and seriously injuring one other worshipper. The other three hostages escaped unharmed.

Two of the worshippers who were present at the attack did not attend Wednesday's service, with their lawyer telling Le Parisien they were “still traumatized”. Politicians gather to pay their respects to the slain priest. Photo: AFP

One of them, Guy Caponet, had been celebrating his 87th birthday when the attack unfolded, and described Hamel as being in a “very happy” mood that morning. The jihadists forced Caponet to film their attack on the priest, before stabbing him three times in front of his wife, Janine.

Hamel was described as a martyr by many in the Christian community including Pope Francis, and there have been calls for him to be made a saint.

He had officially retired at the age of 75, but was allowed to continue serving in Saint-Étienne-du-Rouvray, a small town of around 30,000 residents.

In October, it was reported that Pope Francis had agreed to fast track the path sainthood for Hamel while normally the Vatican observes a five-year “cooling off” period after the death of a candidate. 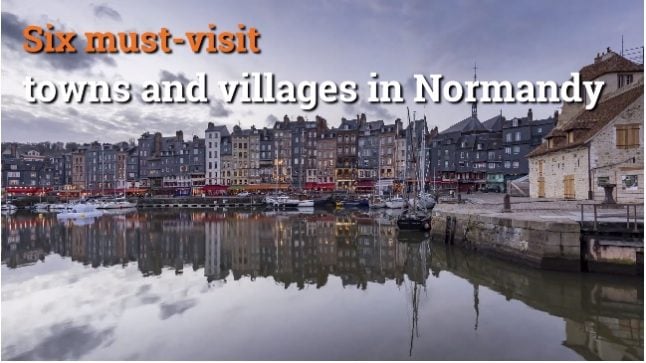