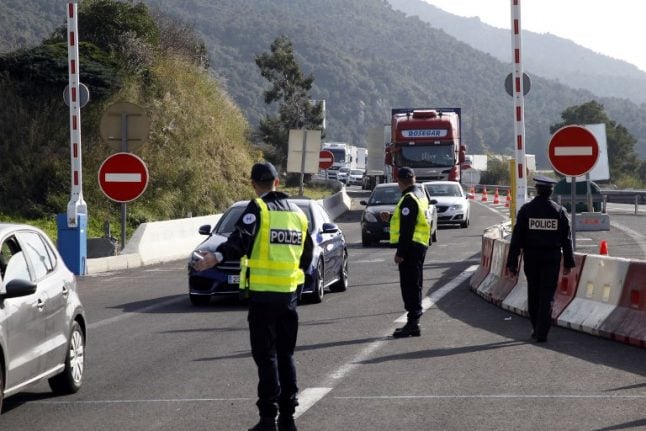 File Photo: AFP
Motorists on the roads around the Camargue area of southern France had a shock on Sunday as several cars were targeted by “highway pirates”, as they were dubbed by the local press.
The Camargue is known as an area of extreme natural beauty in France and as a result is extremely popular with French holidaymakers and tourists alike, so naturally the roads were packed over the long national day weekend.
The masked “pirates” were driving around the Gard and Hérault departments in a stolen car sparking panic among drivers on local roads and the A9 motorway as they cut up other vehicles on the road in order to purposefully collide with the cars whose passengers they had picked out as victims. Image: Maelick/Flickr
Once they had forced their vehicle through the traffic, the pirates used a firearm to threaten the passengers, demanding they hand over valuable items like phones, wallets, handbags and tablets.
The criminals, who were chased as far as the southern city of Nimes by police, are currently still at large.
The stolen Renault Captur they were using was found burnt in near the town of Beaucaire in the Gard department while the hunt for the highway robbers themselves continues.
This isn't the first time motorists have been targeted in France and tourists have often been singled out as easy targets because of the foreign number plates.
In 2016, The Local looked into the scams motorists should definitely avoid when driving around France, including the side view mirror scam when the scammer convinces the driver that they've damaged a side view mirror of the scammer's car. The scammer then persuades the driver to pay damages right there on the spot instead of going through an insurance company.
Another popular trick is the fake breakdown when the scammer flags a car down on the pretence of needing assistance while an accomplice slips into your car, grabbing whatever they can.
Url copied to clipboard!