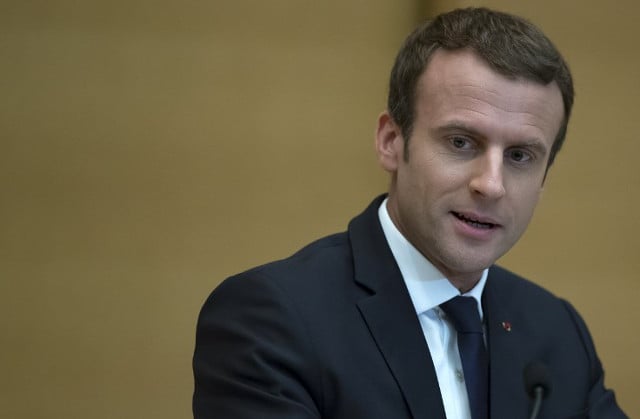 Photo: AFP
The International Monetary Fund raised its 2017 growth forecast for France by 0.1 points to 1.5 percent and said it could “further accelerate” next year.
“The new government is pushing ahead with an ambitious economic programme to make France's economy more dynamic and its public finances sustainable,” the IMF said after its annual analysis of the French economy.
“The envisaged labour and tax reforms are aimed at boosting growth, employment and competitiveness,” it added.
It also said the centrist government formed by Macron, a 39-year-old former banker, “has rightly emphasised” the need to decrease public spending.
A less profligate approach will “help gradually reduce the budget deficit and debt,” the Washington-based IMF said.
Macron's government has pledged to meet the EU deficit limit of 3.0 percent of GDP in 2017, a target France has missed for the past decade.
It has identified 4.5 billion euros ($5.1 billion) in savings across government departments this year.
Local governments will also have to tighten their belts, Budget Minister Gerald Darmanin said Monday, announcing 13 billion euros in funding cuts for towns, departments and regions by 2022.
Former economy minister Macron took over from Socialist president Francois Hollande in May after beating far-right leader Marine Le Pen in the presidential election.
Macron has vowed to make France more attractive to investors by slashing corporate and payroll taxes and liberalising the labour market.
He also wants to cut 120,000 civil service jobs by the end of his five-year term to help fund a 50-billion-euro investment programme.
In June, his fledgling Republique En Marche (Republic on the Move) party, which claims to be neither of the left nor the right, won a resounding majority in elections to the National Assembly.
The IMF said Macron's “strong political mandate” and the improving economic conditions give him a “unique window of opportunity” to implement his agenda.