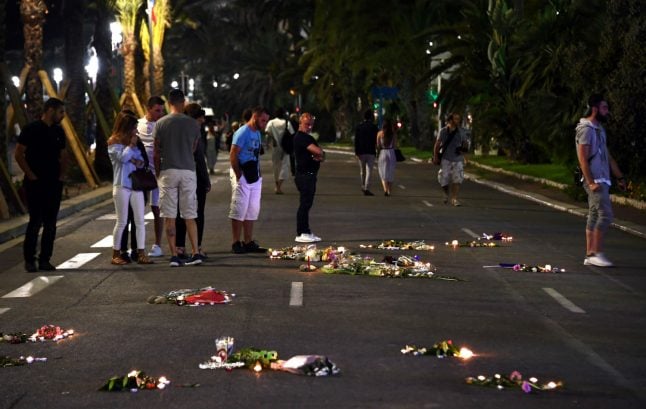 Candles in Nice in commemoration of the terror attack in 2016. Photo: AFP

Victims' groups had accused Paris Match of sensationalising the assault – which saw a Tunisian Islamist radical drive a truck into a crowd watching fireworks on the beachfront – by publishing screen grabs from surveillance cameras.

The Paris prosecutor demanded the withdrawal of the magazine's current edition, but the Thursday ruling was restricted to two images that judges deemed an “attack on human dignity”.

It banned any new publication of these photos and their online distribution.

The court said the pictures were “obscene for showing people fleeing to escape death or about to die”.

A Paris Match spokesman welcomed the court's decision, saying the magazine defended the right of readers to be informed and know the truth.

Its editor Olivier Royant had previously said the magazine wanted to pay homage to the victims on the attack's first anniversary.

There will be subdued Bastille Day celebrations this year in Nice, with candles instead of fireworks and a speech from French President Emmanuel Macron.