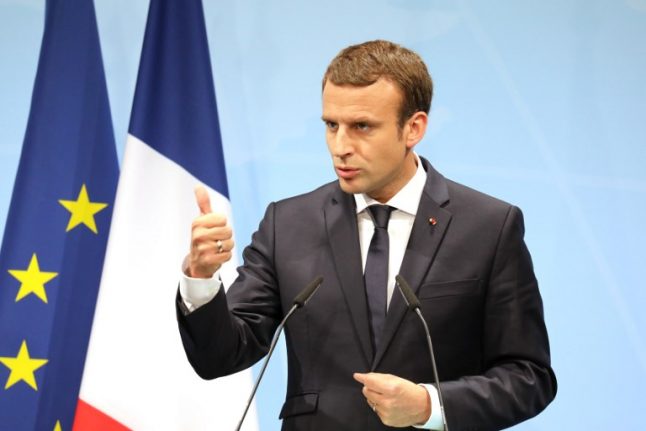 Macron's comments were made at the G20 meeting of world leaders in Hamburg last weekend.

They were initially largely unreported in the French press, until news websites in the Anglophone world picked up on them and expressed a mixture of anger, disappointment and resignation.

After being asked a question about how much money G20 countries would stump up to save Africa, Macron spoke for three minutes about many of the problems facing Africa, including failed states, complex transitions to democracy, corruption, trafficking and Islamist terrorism.

The vast majority of what he said was, as one person commenting put it, “the usual technocratic stuff”.

But it was certain words, lifted from his long answer that led to an outcry on social media and in the opinion columns of many newspapers.

“The challenge of Africa is totally different, it runs much deeper, it is civilizational,” said Macron, which some commenters said echoed France’s theory of “mission civilisatrice” during its colonial era in Africa, when assimilation was the ideological basis.

And after talking about the need for both private and public investment in Africa to boost health, education and security Macron threw in a sentence that had many dismissing his claim to be a progressive, modern French president.

“When countries like we see today are having seven or eight children per woman, you can decide to spend billions of euros but you will bring no stability,” Macron said.

Some accused the French president of racism. Indeed many jumped on his words, or more to the point lack of them, to accuse the president of having a typical French attitude towards its colonial past by seemingly avoiding the view that France's past may have played a role in Africa’s current problem’s.

“It seems that despite his youth and vitality, the new president is sticking to a very old line when it comes to France’s position on Africa,” wrote writer Eliza Anyangwe. In a series of Tweets the US political scientist Leah Seay pointed out that part of France’s “mission civilisatrice” was the church teaching against contraceptive use, “which most African adherents take very seriously”.

“Do women in Francophone Africa want to give birth to far more children than they can reasonably feed, clothe, and educate? I doubt most do,” she said.

In France the left-wing Liberation newspaper slammed the French president with the headline “Mr Macron, leave the wombs of African women in peace”.

“It is interesting to see how much our president, praised for his youth, is someone modern, but who embraces the ancient theories,” the article wrote, pointing that rather than over-population being to blame for under-development, it was the other way round. Many filed Macron’s words alongside those of another French leaders of modern times to suggest there was a deep lying problem among France's political elite.

Ex-president Nicholas Sarkozy caused a storm during a notorious speech in Dakar, Senegal in 2007 when he said that “the tragedy of Africa is that the African has not fully entered into history. They have never really launched themselves into the future”.

Earlier in this year’s presidential campaign former French PM and one-time favourite to be the next president François Fillon caused a stir when talking of colonialization he insisted France “is not guilty of having wanted to share its culture with African people”.

Fillon criticized French school text books he said taught pupils to be “ashamed” of their country.

However many have since defended Macron mainly on the grounds that his critics had taken his comments out of context and out of a speech that was three minutes long. (See video below)

Writing a series of Tweets the Quartz journalist Siddhartha Mitter said “Macron's comments needed to be taken in context”.

Here's the full Q and A. Macron still said some dumb shit, but his remarks were more sound—if generic—in context. https://t.co/wdwcxex3pU

In short, is he crypto-racist in that classic, persistent, French elite way? YES, no question. But overall this was a pretty minor thing.

Others also point to the fact that Macron had already appeared to break ground for a French president when during a campaign trip to Algeria he said French colonialism “was a crime against humanity”.

Although Macron later watered down his words and apologized after creating an almighty storm back home.

So while some see Macron's words as a sign France's views towards its former colonies will never change, others are giving Macron the benefit of the doubt and put his comments down to another verbal gaffe on his ever-growing list.

The French president  “learned a painful political lesson”, as the site Vox put it.