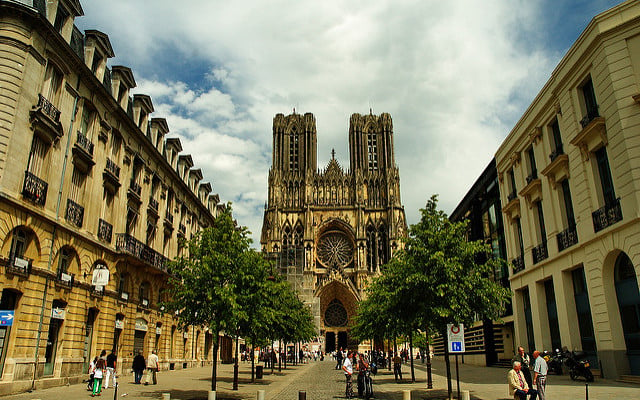 Photo Daxis/Flickr
1. The history:
Reims is known as the City of Kings because the Cathédrale Notre-Dame de Reims was the place where France’s kings were coronated after 816. Some 33 kings were crowned there in total – the last one was Charles X in 1825.
Legend has it that Reims was founded by Remus, Romulus’s brother who founded ancient Rome. There are still traces of the Romans in the city; Mars Gate is the only remaining monumental gate and was built in the first part of the third century. (Photo: Pedro/Flickr)
During World War I, the cathedral and the Abbey of Saint-Remi was badly bombed by the Germans. Almost 80 percent of the city was destroyed – the most damaged out of all the large towns in France. (Photo: Morgaine/Flickr)
If you visit the cathedral and the abbey (which contains Saint Remi’s tomb) there are photographs showing how they rebuilt both of these historical monuments.
At the end of World War II, Reims was the place where the German commander-in-chief signed the full German Surrender, which led to the end of the conflict. It was ratified in Berlin the next day on 8th May 1945, which is now known as Victory in Europe Day. Reims has therefore come to symbolise peace between France and Germany.
2. The architecture:
Of course one has to visit the famous cathedral. Frequently referred to in architecture classes across Europe – it is one of the pinnacles of Gothic architecture and in 1991 was made a UNESCO World Heritage Site.
The stained glass windows are each a unique work of art, one of which was designed by the famous Russian-French artist, Marc Chagall. Make sure you catch the spectacular light show or Rêve de Couleurs, where colours, patterns and images are projected onto the cathedral’s façade to music.
Next door to the cathedral is the Palais du Tau (see photo below), which is an impressive feat of architecture too. It used to be the palace of the Archbishop of Reims, but is now a museum which tells the story of the city.
The most remarkable objects are Charlemagne's talisman, from the 9th century, and Saint Remi's chalice, from the 12th century, as well as the “holy flask”, which contains the holy oil that was used to anoint new kings during the coronation ceremony.
Also around Reims you will find numerous art deco flourishes, as the city was so heavily damaged during World War I and the 1920’s was a time of intense reconstruction. 3. The cultural scene:
Reims hosts many cultural events throughout the year – suited to both young and old. One particularly popular event with students is Les Noces Félines, an electronic music festival held in the Palais du Tau, where previous acts such as Polo Pan, Famonty and Another Pixel took to the stage.
Other festivities include; Reims Scène d’Europe, a program which showcases theatre, dance, art, and music; Reims Jazz Festival; and Les Fêtes Johanniques (see pic below), a medieval festival which celebrates the coronation of Charles VII, when he was led to the cathedral by Joan of Arc in 1429. The Musée des Beaux-arts houses a collection of objects seized during the French Revolution, as well as paintings from the 16th to 20th centuries, furniture and objets d’art. If you’re looking for something more modern, try FRAC Champagne-Ardenne which displays contemporary art from artists around the world.
4. The Champagne houses:
From Taittinger to Mumm, Veuve Clicquot to Ruinart (the oldest Champagne house in the world), Reims is the beating heart of France's Champagne industry. You can take a tour of the cellars, learn all about the history of the champagne house and the Champagne-making process, and finish with a glass of bubbly. Don’t forget to make a trip out of the city to see where the grapes are grown – the patchwork of vineyards that surround Reims is a beautiful sight. Epernay is a short drive away, and is also a key place in the Champagne world – visit the Avenue de Champagne and gawp at the beautiful Champagne houses, including Moët et Chandon, Mercier, and De Castellane.
5. The Christmas Market:
Stroll through the maze of little wooden ‘chalet’ stalls in front of the cathedral with a warming cup of vin chaud. You will find stalls selling everything from regional delicacies, crafts, sweets, wine, jewellery and much more. If you’re lucky you can also catch the light show at the same time, which makes for a magical festive experience. 6. The cafés, restaurants and bars:
You may not have the diversity of choice found in Paris, but Reims certainly delivers on the food and drink front. One particularly special place is Le Cabasson, a café/pub with a rustic charm, friendly bar-tenders and great wine.
Think old-school tunes playing impromptu musical performances, and homemade tarts to die for, it’s no wonder that it’s usually packed with locals and students – also a good place for Sunday brunch. (Photo Julie Corsi/Flickr)
For lunch, try En Apart Thé, where they have delicious quiches and a never-ending selection of teas, while Oma Coffee is the perfect place for a coffee and a muffin – and a friendly chat with Vera, the owner. For dinner, Duprat et Duprat is an intimate restaurant specialising in the creamiest cheese fondues. Like most French cities, there is a boulangerie around almost every corner, but La Cave à Pain makes the best buttery croissants.
by Jessie Williams 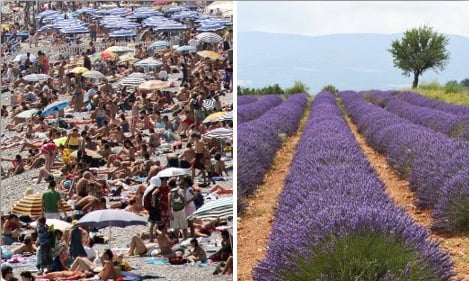 SUMMER
The best and worst things about France in the summer 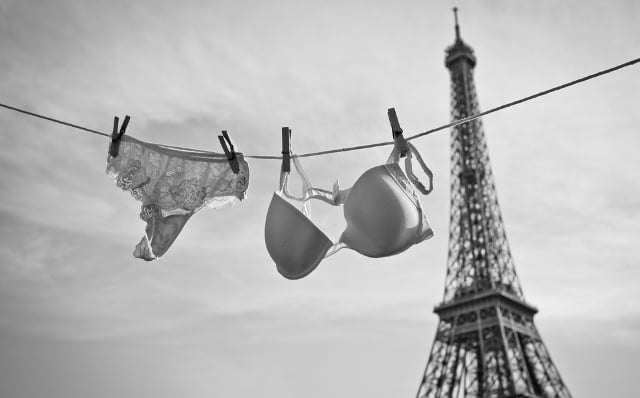 MYTHS
Here’s how I was wrong about the French
Url copied to clipboard!