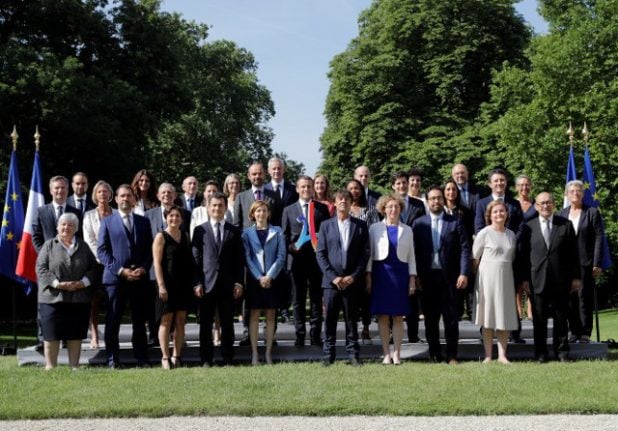 The French government will be able to meet the EU public deficit target in 2017 after identifying 4.5 billion euros ($5.1 billion) in savings, the public accounts minister said Tuesday.

“We have found 4.5 billion euros in savings… solely in the national government,” Gerald Darmanin told the daily Le Parisien. “Neither social security nor local authorities will come into it.”

President Emmanuel Macron, elected in May, promised during campaigning to keep France in line with the EU Stability Pact's budget rules — notably, that the deficit must not exceed 3.0 percent of overall output.

Projected spending for 2017 totals 322 billion euros ($367 billion), and the new savings would bring down the public deficit from 3.2 percent to under 3.0 percent for the first time in a decade, Darmanin said.

The Court of Auditors last month warned that the 2017 deficit ratio would reach 3.2 percent unless the government made “unprecedented” savings.

Darmanin said the savings would be achieved without affecting “the services provided to the French people” or raising taxes, a commitment made by Prime Minister Edouard Philippe.

Budget planners have examined expenditures one ministry at a time.

Among the envisaged cuts are a 526-million-euro reduction at the interior ministry that will be achieved without laying off any police, Dramanin said.

The foreign ministry plans to cut its foreign aid budget, while the transport ministry can tighten its belt by 260 million euros by cutting back on infrastructure projects.

The military meanwhile will not see budget cuts beyond a reduction of 850 million euros voted by the last parliament.

Looking ahead to 2018, Darmanin told RTL radio that “structural reforms” would be needed to make further savings.