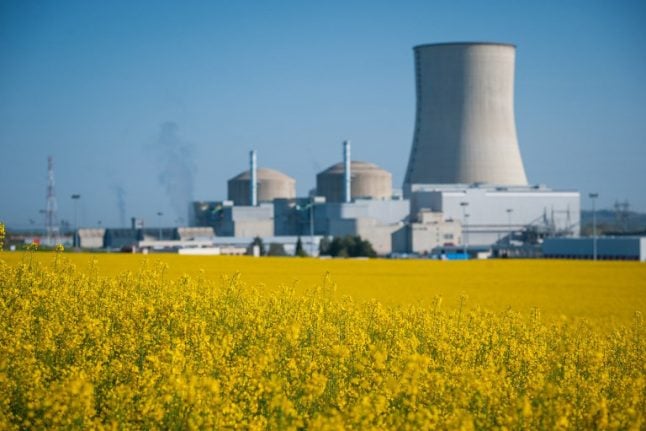 In 2015, the previous Socialist-dominated parliament passed a law obliging the government to reduce the proportion of electricity generated from nuclear to 50 percent by 2025 compared with around 75 percent now.

“We can all understand that to reach this target, we're going to have to close a certain number of reactors,” Nicolas Hulot told RTL radio. “It will be perhaps as high as 17 reactors, but we need to look into it.”

Hulot, a celebrity environmentalist, was named minister for ecological transition in the first government of 39-year-old centrist President Emmanuel Macron, elected in May.

He presented a Climate Plan last Thursday which included a number of ambitious targets for reducing emissions, such as stopping the sale of petrol and diesel cars by 2040, but it was criticised by some for lacking detail.

France has 58 nuclear reactors operated by state-owned EDF, which produces some of the lowest-cost electricity in Europe.

The country earns about EUR3 billion ($3.4 billion) each year from exports to neighbouring countries.

The ageing nuclear power network was once a source of national pride, but support fell after the disaster at the Fukushima plant in Japan in 2011 and the government is keen to encourage the transition to renewable energy sources.

Around three-quarters of French plants will reach the end of their 40-year lifespan by 2027, having been built in the 1970s and 80s in response to oil-price shocks.

“It's a very interesting announcement because it's the first time that we have a figure and a government that is prepared to take on the dogma about not shutting reactors,” a spokesman for the Leave Nuclear campaign group, Charlotte Mijeon, told AFP.

Closing the country's oldest nuclear plant in eastern France proved to be immensely difficult and was decided only in April this year at the end of ex-president Francois Hollande's term in office despite being a campaign pledge he made in 2012.

Local officials and trade unions opposed its shuttering, as did many conservative politicians in Paris who believe that France should maintain its world-leading position in nuclear power.

A new-generation nuclear plant is being built in Flamanville on the northwest coast of the country and is due to enter service in 2019, seven years later than first scheduled.

Costs are now expected to be 10.5 billion euros ($12 billion), at least three times higher than the original budget.