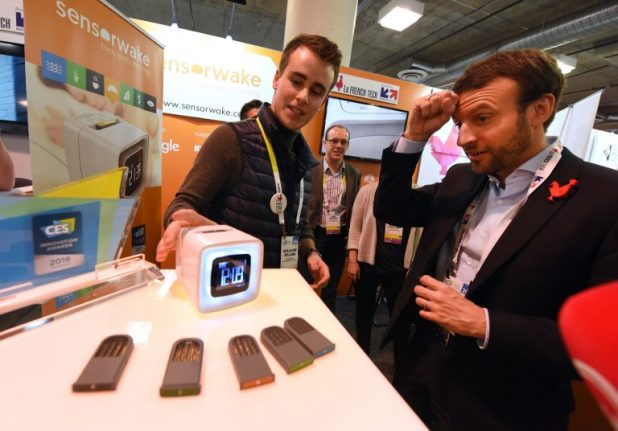 A formal investigation has been opened into possible favouritism over an event in Las Vegas in 2016 at which French President Emmanuel Macron was the star speaker, the Paris prosecutor's office said Friday.

A preliminary enquiry had been launched in March into the state-financed promotional evening for French hi-tech companies that Macron headlined while he was economy minister.

The glitzy event at the Consumer Electronics Show was organised without a public tender by Business France, a unit within the economy ministry.

The left-leaning daily Liberation reported that an audit had revealed that there had been “no purchase order, no signed contract, no bill” connected with the event.

The paper said Penicaud is also suspected of having provided a truncated overview of the audit to Business France's board of directors.

Anti-corruption investigators searched the offices of Havas and Business France on June 20, discovering an email suggesting that Penicaud had been “briefed” ahead of the event that it could raise red flags.

In March, then economy minister Michel Sapin blamed the affair on a “malfunction” by Business France, which “if it thought the timeline was too short, should have said it could not organise the event according to the rules, which it didn't do.”

Business France, in a statement at the time, recognised “potential irregularity” in the organisation of the event.

Macron, elected in May, pledged on the campaign trail to clean up politics after a series of scandals involving ministers under his Socialist predecessor Francois Hollande.

Last month, four of Macron's ministers quit their jobs in a reshuffle aimed at reflecting the campaign pledge.