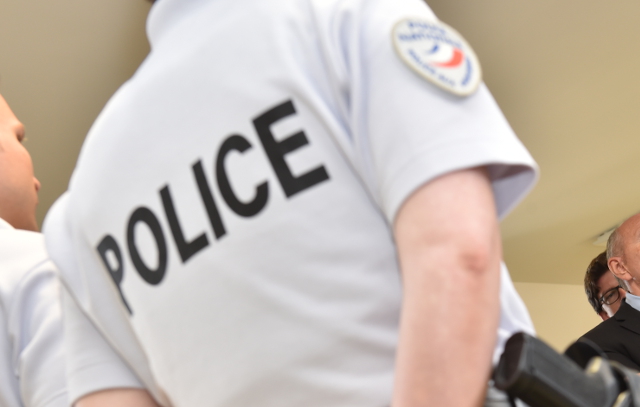 The policeman, who works in the Paris region was charged on Saturday for criminal conspiracy and fraud in connection with a terrorist group, according to various reports in French media.

He is suspected of having aided his brother who was involved in a cell that helped people travel to the Middle East to fight jihad. The brother is already serving time in prison.

But the officer himself is also suspected of being a supporter of the terror group Isis after having expressed his support for the group’s ideology.

He was arrested in front of shocked colleagues when he turned up to work at the police station in the suburb of Kremlin-Bicêtre on June 27th.

France’s intelligence services believe he used his position to view police files as well as use fake documents to pick up parcels.

In March last year The Local reported how radicalization among French police was a small but nevertheless worrying problem for French authorities, with a number of cases highlighted in recent years.

An internal memo revealed that there were 17 cases between 2012 and 2015 of officers in Paris demonstrating behaviour or acts that concerned their superiors.

Around one third of the cases involved women and four of them were officers who have converted to Islam. None of the cases highlighted involve high-ranking officers.

There were no figures for the number of cases across the country.

Stanislas Gaudon, from the police union Alliance, told The Local at the time that while they couldn't talk about or confirm the individual cases, most were related to disobeying the police's strict rules around secularism.

Patrice Latro, Chief of the Paris police accepted “the phenomenon exists but is extremely marginal” given that Paris has 27, 000 officers.