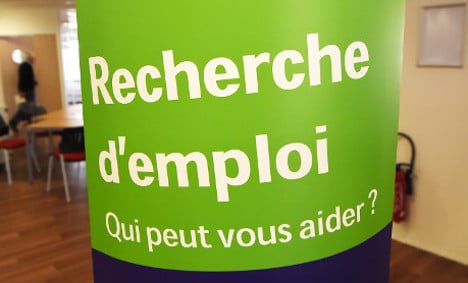 Here are the main figures to know about.

Permanent contracts getting harder to come by

Imagine that way back in 1984 some 94 percent of workers in France were on permanent contracts known as CDIs. But by 2016 that figure has dropped to 85.3 percent, although to be fair that seems fairly high when compared to anecdotal evidence of young workers being given temporary (CDD) contracts one after the other.

As would be expected the number of workers on temporary CDD contracts has risen from 5 percent in 1984 to 11 percent in 2016. That will be no surprise to the Frenchwoman who is suing her employer who she claims gave her 1,177 CDDs over 12 years.

France is creating tens of thousands of jobs

There’s a lot of negativity around France’s jobs market but stats from INSEE show that in 2016 some 255,000 new salaried jobs were created in the country. That compares favourably with the 124,000 new jobs that were created in 2015.

INSEE puts this down to the fact that the cost of labour, which French employers regularly complain about, has not risen by more than one percent in recent years, whereas up to 2012 it rose by an average of 3 percent.

No égalité when it comes to pay France still has far to go before it can really match its mantra as the country of égailité – at least when it comes to pay. In fact the average wage for a woman working in the private sector is 14 percent lower than for men.

INSEE partly explains this gulf by noting that women have some characteristics which don’t favour a higher salary, whether it’s the sector of activity they work in or the fact there are fewer in senior roles.

INSEE also suggest that part of the salary gap is not necessarily to do with discrimination but the fact that some French women value professional experience less than men.

But the pay gap is closing INSEE say.

In 2016 the annual unemployment rate dropped for the first time in France since 2009. It stood at 9.7 percent of the active working population (in mainland France), after having risen by 2.1 percentage points since 2007. In other words some three million workers were looking for jobs in 2016. Unemployment does not affect all workers

Unemployment, as you’ll know, has been a big issue in France in recent years due to the fact it has reached record levels and the government has struggled to bring it down.

But not all workers are at the same risk of spending time out of work. For middle managers or execs – basically higher earners, known as cadres in France, the rate of unemployment is down at 3.5 percent. But for lower paid blue-collar workers and labourers the rate of joblessness is 14.9 percent. Remember that the famous 35-hour legal working week does not apply to middle managers and executives (cadres) in France. As a result they work, on average, 222 hours more each year than manual/blue-collar workers.

In terms of the active working population INSEE found that the percentage of people aged between 55 and 64-years old actively in work had increased by 13.6 percent thanks in the main to reforms around the pension systems and legal retirement age. On the other hand the number of 15 to 24-year-olds in work decreased to 36.9 percent, the main reason being young people extending their studies.

Who said France had no industry left?

Those who lament the loss of France’s industry might be surprised to hear that in 2016 one in five people in work in France were in fact blue collar/manual workers (20.3 percent). The average salary for a full time worker employed in the private sector stands at €2,230 per month (net, meaning after social charges have been paid, but not income tax), which represents a slight rise of 0.5 percent after four years where the average salary roughly remained stable.

According to INSEE a public service worker or civil servant earned on average €2,650/month in 2014, which represents 18.8 percent more than the average wage in the private sector (€2,230 a month).

INSEE has a simple explanation.

“In the public sector workers are on average far more experienced and better experienced than those in the private sector,” INSEE’s Elise Coudin explained.

She explained that category A civil servants, in other words the top earners, are over represented in the public sector, which pushes up average wages compared to the private sector.

Workers of North African origin have a much harder time

The INSEE study also revealed that those workers of North African origins (Magrebins) have a more difficult time when it comes to finding and holding on to employment than other workers of different origins.

The unemployment rate is higher, they earn less, there is an average salary ceiling of around €3,000 a month, and the jobs they have are often more unstable when compared to workers of other origins.