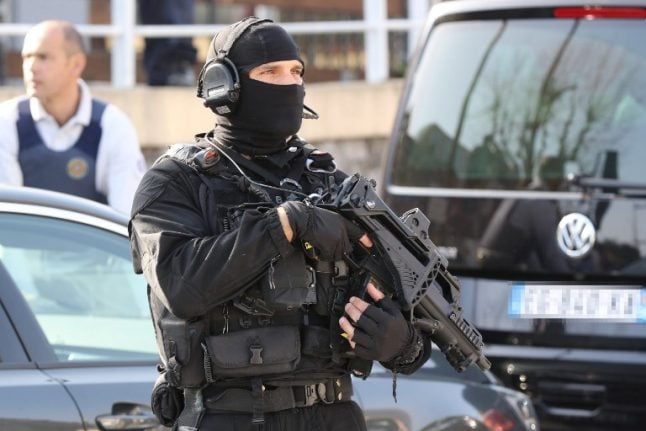 Four people have been arrested and an arms cache found after overnight terror raids in Brussels linked to a bikers' club
called the Kamikaze Riders, federal prosecutors said Wednesday.

“During one of the house searches, various weapons were found. In all, four persons were arrested and taken in for questioning,” prosecutors said in a statement.

A spokesman said the raids were linked to the Kamikaze Riders, which has been implicated in terror offences.

A source close to the investigation said the raids in the gritty Anderlecht district found at least two Kalashnikov assault rifles while reports spoke of explosives also being discovered.

The statement from prosecutors said the raids were “completely independent” from the probe into the deadly November 2015 Paris and March 2016 Brussels attacks, which were claimed by Islamic State and carried out by jihadi cells
based in the Belgian capital.

Meanwhile in northern France, a joint Franco-Belgian anti-terrorist operation picked up a man on suspicion of having links to the Kamikaze Riders.

The 42-year-old, arrested in a suburb of the northern city of Lille, is suspected of plotting a “violent action”, a source close to the case said.

The Kamikazes Riders, formed in 2003, are suspected of links to foiled attacks in Brussels in late 2015.

In October 2016, two members of the group were convicted of belonging to a terrorist group.

One was jailed for six years, the other for three.

They were suspected of plotting an attack similar to the November 2015 jihadist rampage in Paris that left 130 people dead.

Brussels has been on high alert since Islamic State suicide bombers struck the city's airport and metro in March 2016, killing 32 people and injuring hundreds more.