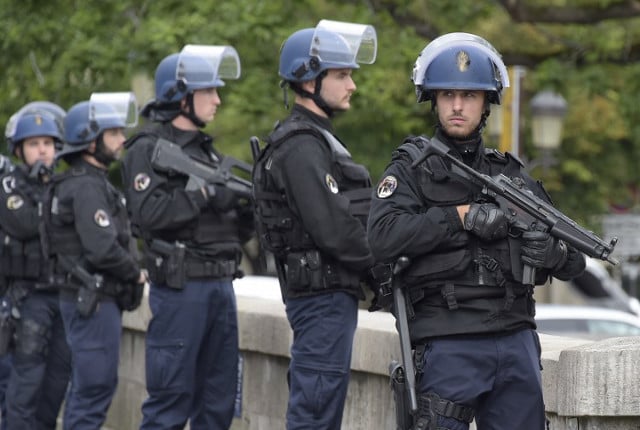 Photo: AFP
“I will re-establish the freedoms of the French people by lifting the state of emergency this autumn, because these freedoms are the precondition of the existence of a strong democracy,” Macron said in an address to both houses of parliament.
The French leader last month set out a tough new anti-terrorism law designed to allow the lifting of the state of emergency, which has been extended five times.
READ ALSO: Photo: AFP
The current provision expires in mid-July, when Macron's new centrist government is expected to extend it again until November 1 while the new law is prepared.
The legislation has received the go-ahead from France's top administrative court despite concerns from rights groups including Amnesty International and Human Rights Watch that it will enshrine into law draconian powers allowed under the state of emergency.
Amnesty complained last month that French authorities were abusing anti-terrorism measures by using them to curb legitimate protests.
The new anti-terror law would give French authorities greater powers to act to protect an event or location thought to be at risk from attack, without first seeking permission from the courts.
The draft law would also allow places of worship thought to be promoting extremism to be shut down for up to six months.
Prime Minister Edouard Philippe argued it struck the “right balance” between respecting freedoms and reinforcing security.