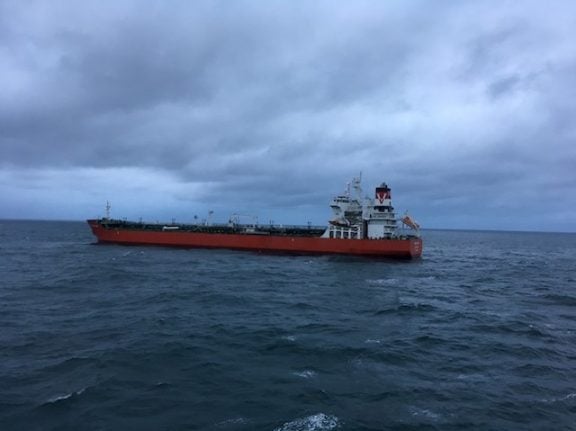 The damaged tanker Seafrontier following a collision with the cargo ship Huayan Endeavour. Photo: Marine Nationale/AFP
“Although both vessels have been damaged, there is no water ingress and no pollution,” Britain's maritime and coastguard agency said. “There are no injuries and all of the crew are accounted for.”
A rescue helicopter and lifeboats sent after the accident in the Strait of Dover for possible evacuations have left the site.
“Situation under control, hull intact, no risk of pollution or danger for traffic,” said French maritime officials in a tweet.
The tanker, “Seafrontier”, was carrying 27 people and 38,000 tonnes of petrol, British authorities said.
The 220-metre (720-foot) carrier “Huayang Endeavour”, with 22 people, collided around 33 kilometres north of the French port Dunkirk.
The crews are from China and India.
Url copied to clipboard!