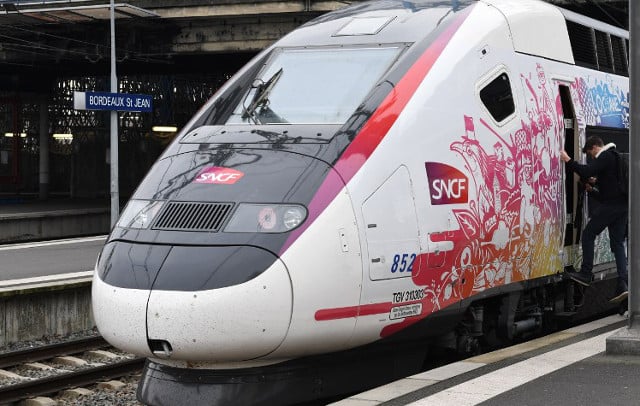 Photo: AFP
From July 2nd, the new high-speed Paris-Bordeaux and Paris-Rennes train lines will massively reduce journey times between the cities.
The TGV lines, christened LGVs (Lignes a Grande Vitesse), will cut the journey time from Paris to Bordeaux by more than an hour, from 3h14 to 2h04.
Passengers will also be making the trip from Paris to Rennes in record time as the upgrade sees the journey cut from 2h04 to 1h25.

One passenger with a seat reserved for the inaugural trip to the stunning Breton capital is none other than new French president Emmanuel Macron . In order to create the new lines, rail operator SNCF has extended the southwestern TGV route from Tours to Bordeaux and the western lines from Le Mans all the way to Rennes.
“It's as if the map of France has shrunk in a washing machine,” SNCF chief Guillaume Pepy told French radio station RTL.
With all the anticipation, people have been reserving their seat on the new lines for some time.
“We already have a million reservations. That's 40 percent more than normal,” Pepy noted.
“It will change the lives of people who are travelling. Bordeaux will become like Lyon. You can do the return trip between Paris and Bordeaux in an afternoon,” he said.
As for the trains that will be running on the lines, they can seat 556 passengers (22 percent more than the current TGVs) and have been built with improved passenger comfort and more space, according to SNCF.
First class, which has room for 158 passengers, features seats that can spin around to face the direction of travel if a passenger requests.
These passengers will also get individual charging points and USB ports.
All passengers will be able to benefit from Wi-Fi throughout the train, as well as real-time information about the journey.
There will be extra storage space, more wheelchair spots, and “benches” that are available for group travel, not to mention an upgraded and spacious bar carriage.
Rennes. Photo: Nicolas Vollmer/Flickr
The scope of the project is impressive – but SNCF has warned that there may be teething problems in its early months.
With the introduction of the new lines, SNCF will be changing 40 percent of the train timetable overnight between July 1st and July 2nd and SNCF boss Pepy warned that the operation will require “a period of establishment”.
“We cannot change 40 percent of the train schedule and run them perfectly the first moment. We're asking for a bit of goodwill and understanding. The first weeks will not be easy because we've never done it,” he noted.
In February, The Local reported that the upgrade came at a cost of €8 billion and will see trains zipping across the French countryside at speeds of up to 320 kilometres per hour on the Tours to Bordeaux line.
A full 17 of the new trains will be in operation by the time the new line to Bordeaux opens, with the rest of the trains due to hit the tracks by late 2019. 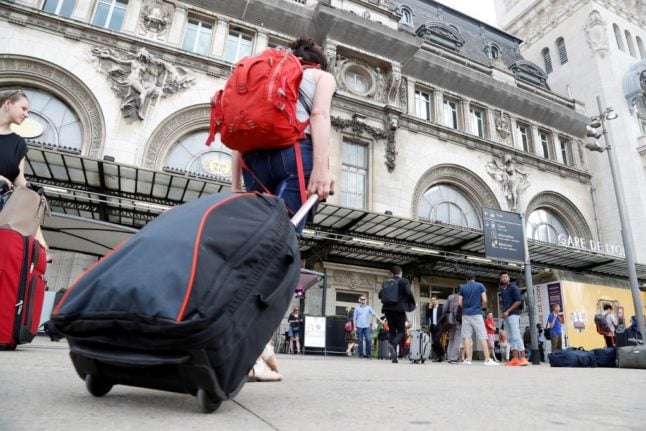