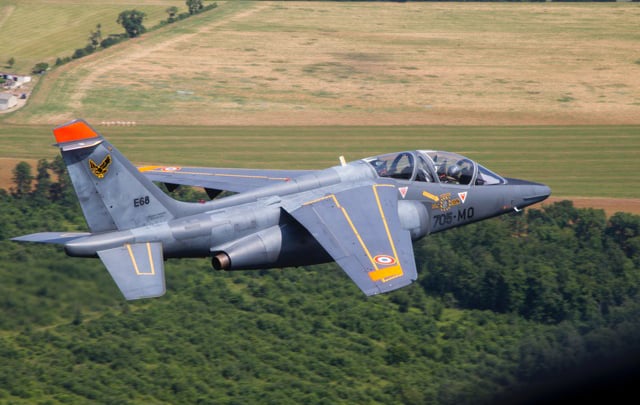 General Reboul heads home to Provence for a glass of Rosé on Friday. Well, not quite, this is actually a File Photo: AFP

Instead of taking the train or popping in his car, former fighter pilot General Richard Reboul would pop from Bordeaux in the south west to his country retreat in Provence, 600km away in the south east, using an Alphajet training aircraft belonging to the French air force, the French newspaper Canard Enchainé alleged this week.

According to the newspaper the general, who is in charge of a training school for air force pilots and acting chief of the French air force, had been making the one-hour round-trip in the training jet since August last year.

The Canard Enchainé also alleged the air force boss once commandeered a military transport plane, complete with pilot and a co-pilot to head to his weekend home.

The revelations have presented France’s new defence minister Florence Parly with an immediate scandal she must now try to deal with.

The minister ordered an immediate investigation into the allegations, which will be carried out internally by the air force.

“Information about an abusive use of air force assets by a senior military official has been handed to the minister of defence,” a ministry statement read.

The new defence minister also ordered a report into the use of military jets so she could have clarification on when exactly they can be used.

The statement said disciplinary proceedings would be launched if an “abuse of resources” was proven.

In 2014 an Alpha Jet crashed into a home for disabled people during a training exercise that left one person dead and five injured.

The accident occurred when the Alpha Jet was being used in a night flying exercise near Vouvray, in the Loire valley. 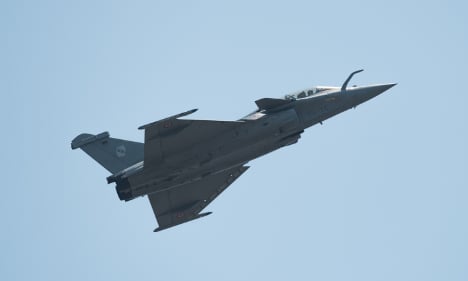 A long-awaited white paper will be presented to President François Hollande on Monday, which according to a report in French newspaper Les Echos, will recommend scrapping 5,000 posts in the country's armed forces each year between 2016 and 2019.

In total 20,000 posts will be deleted over the four years, with the army bearing the brunt of the reductions.

France's armed forces have been at the forefront of some high profile recent conflicts, most notably the NATO operation to oust former Libyan dictator Muammar Gaddafi and the recent military intervention in Mali against Islamist rebels.

According to Les Echos, France’s defense budget will be set at €179.2 for the period 2014 to 2019, which falls in line with Hollande's earlier pledge to freeze spending on the armed forces.

The decline in the strength of France’s armed services under Hollande is a continuation of a policy began by his predecessor Nicolas Sarkozy, who had called for the reduction of 54,000 jobs over the period 2008 to 2015.

According to Europe1 radio, the cuts will involve:

·         Only minor cuts to the Navy’s budget because of its important Nuclear deterrent programme.

·         Minor cuts to special forces, who have been involved in the recent Mali conflict.

·         Forces currently stationed in Africa will also be spared any significant cut backs.