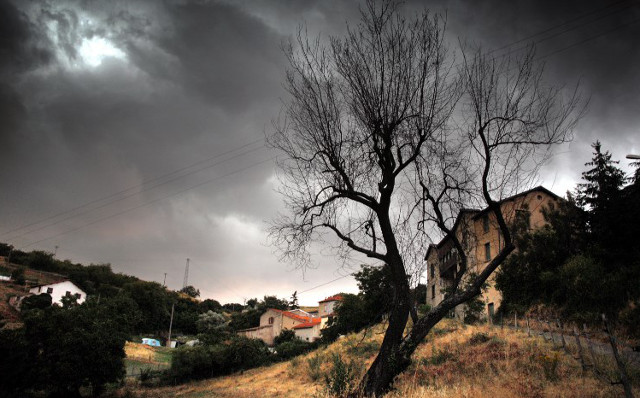 Photo: AFP
French national weather agency Météo France has placed 17 departments in the south west of France on “Orange” storm alert – the second highest level of warning.
The Orange alert means the public are advised to be “very vigilant” especially when out and about. People are advised to take shelter when the storm is approaching.
Initially 13 departments were given storm warnings.
They were: Aveyron, Corrèze, Dordogne, Gers, Gironde, Haute-Garonne, Hautes-Pyrénées, Landes, Lot, Lot-et-Garonne, Pyrénées-Atlantiques, Tarn and Tarn-et-Garonne.
But later on Wednesday Météo France added the departments of Allier, Cantal, Creuse and Puy-de-Dôme in central France.
The alerts are in place until Wednesday morning.
READ ALSO: “Strong storms will start to develop at the beginning of the afternoon in northern Spain and the Bay of Biscay, and will push into the area around the Massif central,” said Meteo France. “These will be accompanied by violent showers, strong gusts of wind and hail.”
The storms are predicted to hit the mountainous Massif central area in southern France and the former province of the Languedoc on Tuesday evening, before reaching the Midi-Pyrénées in the evening.
The storms are hiting soon after the south west was roasting under a heatwave during which temperature were nearly at a whopping 40C.