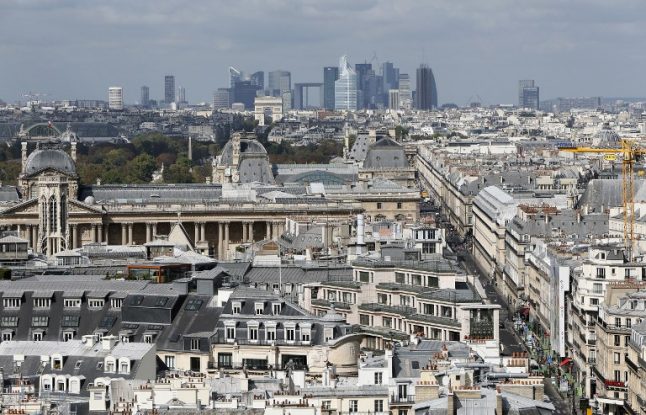 The figures obtained by Le Monde newspaper from the Century 21 real estate agents – one of the biggest in the capital, reveal some frightening details for those who are hoping to buy a flat in Paris.

And in another contrast between Paris and the rest of France, apartment prices in the capital have shot up by 45 percent since 2009, compared to 9.5 percent in the rest of the country.

In less than 10 years the average price of property has gone up by 33 percent and since the year 2000 the value of apartments in Paris have tripled.

He believes the symbolic price of €9,000 per square metre will be exceeded. The average price per metre square around the country is €2,532, far below the prices in Paris.

“Paris is on the way to a new record,” he said.

Vimont said the rise had naturally had a major impact on the kind of people able to purchase property in Paris.

“Paris, with an average purchase price for an apartment of €446,982, has become an exclusive city, reserved for high earners (management and liberal professions), who now account for 46 percent of purchasers.

“At the same time, the percentage of workers and employees buying apartments has halved, from 13.9 percent to 6.8 percent.” According to analysis, there are a few reasons to blame for the steep rise in prices over the past year.

The election of Donald Trump, Britain’s decision to leave the EU and Emmanuel Macron’s election in France have apparently all played a role in boosting property prices in the French capital, according to Le Point.

Brits and Americans are apparently deciding now is the time to buy in the French capital and with the election of the pro-business Macron, who has vowed to kick-start France’s economy, the stars appear to have aligned.

A recent survey of notaries in the capital concluded that Brexit was helping push Paris property prices to record levels.

Demand was outstripping supply, particularly for the most select properties, “and perhaps because of Brexit,” Delesalle said.

While Italians were the biggest group of foreign homebuyers in Paris, snapping up 17 percent of properties sold to non-French buyers, Britons came second, accounting for 10 percent of such transactions.

Marie-Hélène Lundgreen, director of the luxury real estate agent Belles Demeures told Le Point: “Americans are looking at Paris once again. They are still cautious because of the attacks, but they think Emmanuel Macron is going to save the world.”

PROPERTY
What to expect from your 2023 French property tax bills
Url copied to clipboard!