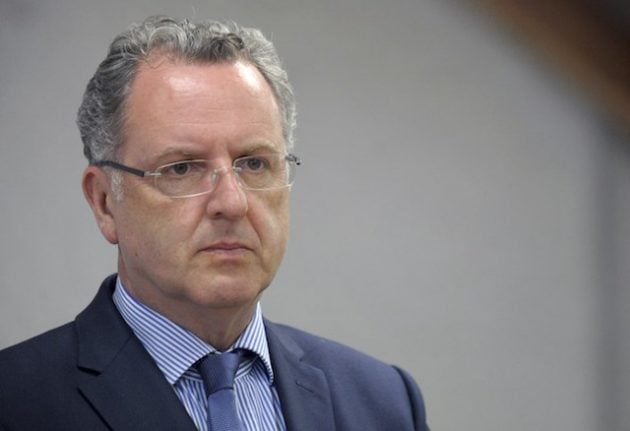 Richard Ferrand. Photo: Fred Tanneau/AFP
Richard Ferrand quit a junior government post as minister for territorial cohesion on Monday, a day after being elected as a deputy for Macron's new party.
READ ALSO: Macron reshuffles cabinet after losing key allies
Macron had asked him to run instead for the more senior role presiding over the 308 deputies representing his Republic on the Move (REM) party at the National Assembly.
Ferrand was elected by a show of hands with two abstentions, a deputy present at the vote told AFP.
In a statement issued by REM, Ferrand promised to pursue the party's drive to “renew political practices” in parliament.
The president has defended Ferrand over press reports that he favoured his wife in a lucrative property deal with a public health insurance fund when he headed the company.
Ferrand has denied any wrongdoing.
But a number of ministers stepped down from their jobs earlier this week to defend themselves against allegations of wrongdoing.
Macron's pledge to clean up politics in France was a key part of his platform during a presidential campaign that saw some of his rivals hit by corruption allegations.
Ferrand, a former socialist, was one of the first to rally to Macron during his meteoric rise. He was elected Sunday to a seat in his native Brittany.