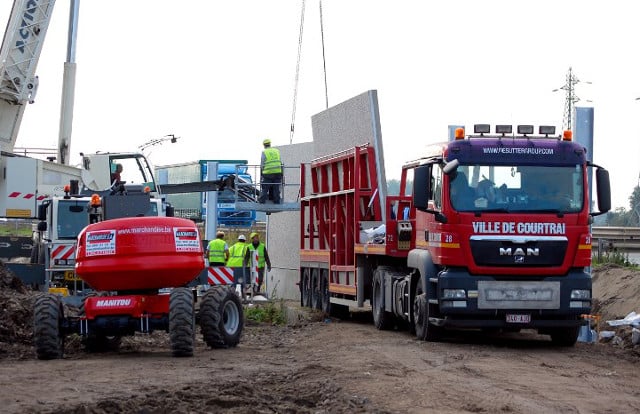 Photo: AFP
Macron is seeking to change a two-decade old EU rule aimed at allowing firms to hire workers with specialised skills from other member states on a temporary basis — one Paris critics say price French workers out of jobs.
The 39-year-old French President tried to soothe tensions with his eastern European counterparts on the sidelines of a two-day EU summit that otherwise gave him a warm welcome.
Polish Prime Minister Beata Szydlo urged Macron to abandon “stereotypes and cliches, sometimes received as offensive,” according to Konrad Szymanski, her aide on European affairs, referring to a recent newspaper interview.
But Szydlo as well as her counterparts from Hungary, the Czech Republic and Slovakia agreed with Macron on the need to pursue a “more intensive” dialogue to bridge differences, Szymanski told journalists.
READ ALSO: Ales Chmelar , Czech secretary of state for European affairs, said Macron agreed with prime ministers Viktor Orban of Hungary, Robert Fico of Slovakia, Bohuslav Sobotka of the Czech Republic to hold a summit possibly in September in either Paris or Budapest.
Chemelar called Macron a “constructive partner,” adding: “We agreed that too low wages is a common problem for both of us.”
A source close to Macron said after his meetings — including a separate one with Romanian President Klaus Iohannis — that there “is a will to understand each other, to find a common position, without denying the real differences that persist.”
The source added: “There are prejudices on both sides. There are misunderstandings, but the question is to renew dialogue.”
In an interview published in eight European newspapers on Thursday, Macron said: “Europe is not a supermarket. Europe is a shared destiny.”
Macron said governments must do more to protect workers from the consequences of open borders or risk the demise of the EU project.
“How did Brexit happen? Because of workers from eastern Europe who came to occupy British jobs,” Macron said.
The EU rule allows companies to bring in workers from eastern Europe temporarily who must be paid the French minimum wage — but are exempt from high French social charges.
In practise, many companies use the programme to bring in cheap labour, often from eastern Europe, in what is termed “social dumping” in France as local workers are priced out of jobs.
It dates from long before 10 mostly ex-communist states joined the EU in its 2004 big bang expansion.
The directive is under review because of abuses such as undeclared workers, workers being paid far less than the minimum wage, or overstaying the maximum period allowed.