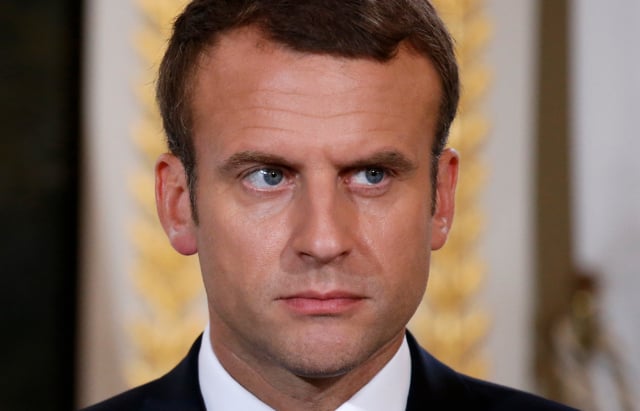 Newly appointed French defence minister Florence Parly. Photo: AFP
The claims, which first emerged in the Canard Enchaine investigative newspaper and are now the subject of a preliminary investigation, quickly became toxic given Macron's vow to rid French politics of sleaze.
The two other MoDem cabinet members appointed barely a month ago — defence minister Sylvie Goulard and European affairs minister Marielle de Sarnez — also quit over the accusations that MoDem misused European Parliament cash to pay assistants who are actually based in France.
De Sarnez has been replaced by Nathalie Loiseau, director of the prestigious ENA school of government where many of France's political elite have studied, including Macron.
'Smear campaign'
A veteran centrist figure who ran three times for president himself, 66-year-old Bayrou was a key backer of Macron's 14-month-old Republic on the Move (REM) movement and his support was crucial in lending legitimacy to the inexperienced candidate.
MoDem entered an alliance with REM for both the presidential and legislative elections, and in exchange Macron rewarded the party for its support by giving them key jobs in his first cabinet.
The legislative elections on Sunday handed REM a 308-seat majority in the 577-seat National Assembly at the weekend, meaning Macron's party does not need MoDem's support to push legislation through parliament.
Marine Le Pen, the leader of the far-right National Front who lost to Macron in last month's presidential vote, suggested ahead of the ministerial announcements that Bayrou had been discarded because he had served his purpose.
“I think Macron used Bayrou during the presidential campaign and now that he has a majority without MoDem, he has tossed him away like an old rag,” Le Pen said as she took up her seat in parliament.
Her own party has been investigated over similar accusations of misusing European Parliament funds to pay for staff in France.
Explaining his decision to step down at a press conference Wednesday, Bayrou flatly denied allegations of wrongdoing and claimed he had been the target of a smear campaign.
“Even if I was never cited in the investigation, I have no doubt that I was the true target, with the goal of discrediting the work of the ministry,” he said.
He insisted that he would continue to back the president, saying: “I will be by Macron's side.” Photo: AFP
Series of scandals
Bayrou's personal approval ratings had slid to around 20 percent by Wednesday, and observers noted the allegations did not chime well with Macron's pledge to usher in a new era of cleaner politics after a series of scandals involving ministers under his Socialist predecessor Francois Hollande.
Richard Ferrand, a junior minister from Macron's party, has also left the government, this time at the president's request after he became embroiled in a conflict-of-interest scandal involving his wife.
The presidential election saw Macron's conservative rival Francois Fillon engulfed in a separate scandal over accusations that he paid his wife and children hundreds of thousands of euros as his parliamentary assistants with little evidence that they did any such work.