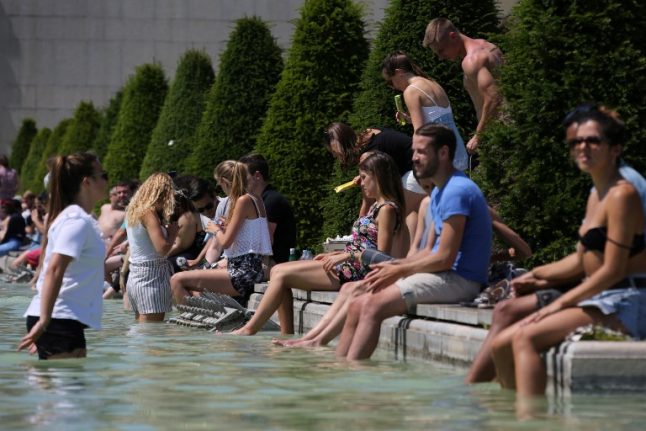 The night of June 21st 2017 will go down as the hottest June night ever recorded for most of France as the average night-time temperature was a sweaty 26.4C.

France’s weather agency Météo France revealed that for much of the country, including Paris, Normandy, the north and the centre-west records for night time temperatures were broken as the mercury remained high after a sweltering day.

At 26.4C the average night-time temperature across the country on Wednesday, beat the previous record that was set one night earlier on Tuesday when the mercury rose to 26.2C.

Parisians suffered more than most with the night time temperature recorded at 29C in parts of the city.

And the agency also revealed that the day of June 21st 2017 was the hottest ‘first day of summer’ in France, ever recorded.

And France continued to bake under the heatwave on Thursday with temperatures once again into the mid 30s across much of the country. In the cities of Lyon and Toulouse the thermometer is forecast to reach 38C.

“Thursday will be the hottest day of the recent heatwave,” said Météo France.

Some 67 departments around the country were still on heatwave alert on Thursday with the public warned to stay hydrated and avoid exercise in the sun.

The heatwave is due to slowly fizzle out on Thursday night with the regions near the Atlantic and English Channel the first to benefit from a fresh wind from the west.

However the east of the country has a little longer to suffer before it cools down.

On Thursday Météo France also placed six departments on alert for violent storms which could lash the region later in the day. The departments are: Haut-Rhin, Bas-Rhin, Moselle, Meurthe-et-Moselle, Vosges and Meuse.

They could be accompanied by hail storms. There could also be storms in the Paris region later on Thursday night.