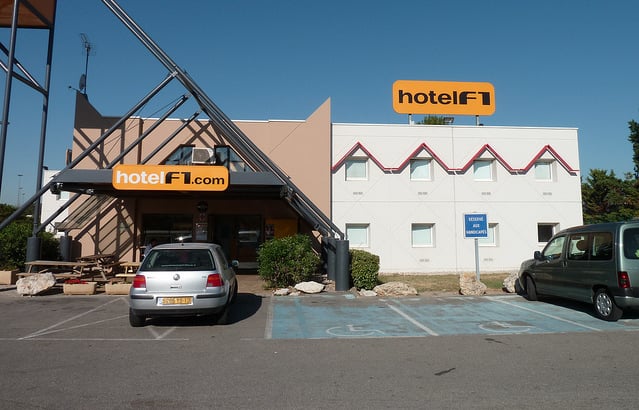 The scheme has been developed to deal with the huge shortage of housing for asylum seekers in France that has been exposed after authorities closed several refugee camps, in particular the notorious Calais ‘Jungle’ camp in October 2016.

The plan has been called “Prahda” (Program for reception and accommodation of asylum seekers), and is an initiative set up by the housing ministry which issued a call to authorities for an extra 5,351 emergency places back in September.

The centres will be temporary accommodation but with the aim of getting asylum seekers into more permanent accommodation.

Some of the accommodation converted for asylum seekers will be the budget Formule1 hotels. According to L'Express newspaper it will cost authorities €5,000 to covert each hotel room to suitable accommodation.

The state bought 62 Formule1 hotels earlier this year, but some will also be used to lodge vulnerable people.

Some 86,000 applications for asylum were recorded in France last year, but dedicated reception centres offer only 40,000 places.

But some are against the scheme of rehousing asylum seekers in small towns.

Stéphane Dupont-Ferrier, mayor of Fontanile (Isère) told L’Express newspaper: “96 people is an enormous number for our town of 2,800 inhabitants. It risks bringing trafficking and prostitution”.

Thierry Cozic, the socialist mayor of Arnage (Sarthe) said he is not against the welcome centers but said that “contrary to common sense” a center will be built near a tourist complex.

The desperate need for accommodation for migrants and asylum seekers in France comes after the Human Rights Chief, Jacques Toubon, expressed concern over the treatment of migrants still living in and around Calais.

Toubon was quoted in Le Monde saying that he was worried about the “infringements of fundamental rights” of about 600 migrants in the region of Calais who are waiting for their asylum application to be processed.

He denounced the “inhuman living conditions” because migrants have a lack of access to food, water and shelter.

He visited migrants on 12th June and called the situation “incredibly serious”.