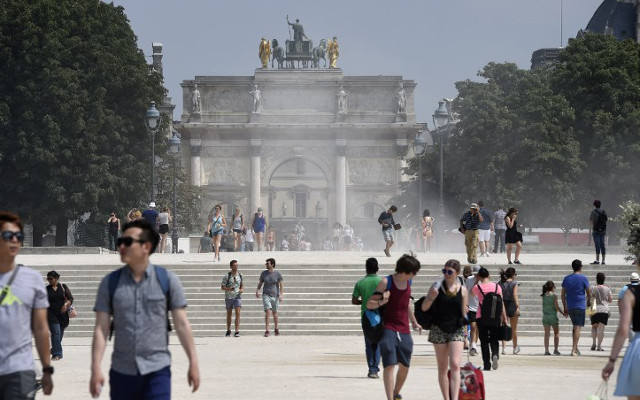 Map: Meteo France
Temperatures in Bordeaux in southwestern France are expected to get as high as a whopping 38C, while people in Paris, Lyon and Grenoble will be sizzling under temperatures of 34C. The heatwaves are expected to last until at least the middle of the week, giving people plenty of time to top up their tans.
The warnings come soon after meteorologists at Météo France predicted that the month of June could be one of the top three hottest on record.