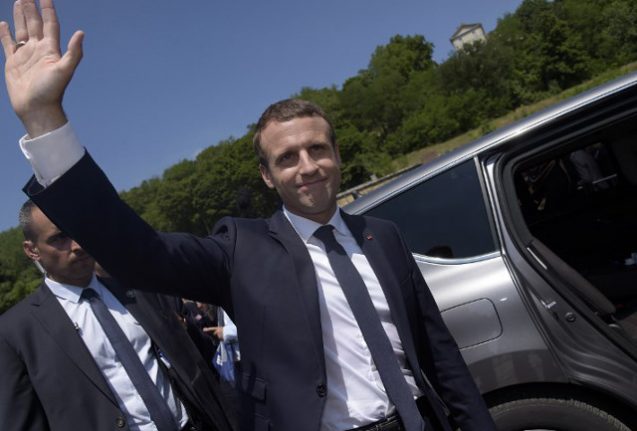 Photo: AFP
Here are three major reforms he aims to push through in the coming months:
Loosening labour laws
Macron believes that the key to tackling France's stubbornly high unemployment of close to 10 percent is injecting flexibility into the country's rigid labour code — at the risk of sparking mass worker protests.
The government wants to give bosses more power to negotiate conditions with workers at the company level and also wants to cap the severance pay awarded by labour courts.
A similar law passed by the Socialist government in which Macron served sparked months of sometimes violent protests and sporadic strikes, during which uncollected rubbish piled up on the streets of Paris.
Macron wants to fast-track the reforms through parliament using executive orders.
To get trade unions on board, the government launched negotiations within days of Macron's election, which are set to continue throughout the summer.
But he will have little breathing room.
A group of unions and NGOs opposed to any concessions to bosses have called for protests over the planned reforms in several cities Monday.
READ ALSO: Photo: AFP
Cleaning up politics
During campaigning, Macron also promised to restore trust in elected officials by introducing a bill to clean up politics after a slew of corruption and tax scandals.
Justice Minister Francois Bayrou, whose own party is being investigated for possible misuse of EU funds, this week unveiled a bill to be tabled in parliament in July.
Under the proposed law, MPs would be banned from hiring family members — a bid to avoid a repeat of the scandal that engulfed conservative presidential candidate Francois Fillon, whose wife was revealed to have been paid for years for a suspected fake job as a parliamentary assistant.
Lawmakers would be limited to a maximum three consecutive terms and those convicted of fraud or corruption would be barred from holding office for up to 10 years.
Anti-terror measures
The government also plans new anti-terror legislation to replace the state of emergency imposed after the Paris attacks of November 2015.
Macron wants to extend the measures until November — the fifth such extension — and then make some of them permanent to tackle a surge in Islamist-inspired attacks in France over the last two years.
Under the state of emergency, the authorities have the power to place people under house arrest, order house searches and ban public gatherings without the prior approval of a judge.
Rights groups have expressed alarm at the prospect of draconian measures becoming normal practise.