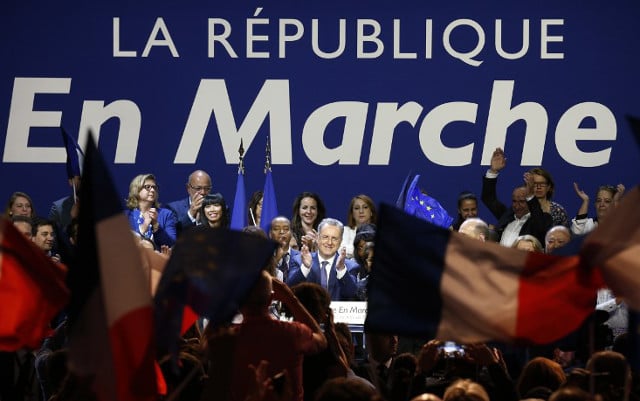 Photo: AFP
According to the he Harris interactive-Indeed poll published Thursday, Macron's party, formed only last year, and its centrist ally MoDem will win between 440 and 470 seats in the 577-member parliament during the second-round of voting .
The centre-right Republicans Party and its Union of Democrats and Independents ally would garner 60 to 80 seats and the Socialists of former president Francois Hollande just 22 to 35, according to the poll.
Hard-left parties would capture between 14 and 25 seats and the National Front between one and six with other fringe candidates taking between three and seven.
READ ALSO: On Monday Macron's rivals warned against handing him an overwhelming parliamentary majority that would stifle debate, after his party had cruised to victory in the opening round of the elections to the National Assembly.
“The stakes of the second round are clear,” ex-prime minister and party grandee Alain Juppe said then, urging voters to get behind the opposition.
“Having a monochrome parliament is never good for democratic debate,” he argued.
The June 13 to 15 poll of 914 voters showed that 30 percent want to see REM, made up largely of novice politicians, obtain a majority on its own.
The poll had a margin of error of between 1.4 and 3.1 percent as allies of 39-year-old Macron look to provide strong parliamentary support following his groundbreaking presidential success in May.