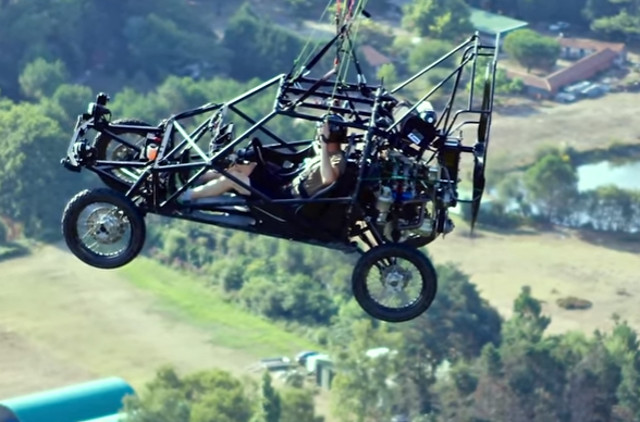 The flying 'car', known as Pegasus (Pegase in French), that comes with wheels and wings was designed by Jérôme Dauffy, president of the company Vaylon. It was launched last year but faced its biggest test on Wednesday

On Tuesday pilot Bruno Vezzoli flew Pegase from the Champs Elysées in Paris to the northern French coast, from where it took off on Wednesday morning hoping to land above the cliffs in Dover, Kent.

The 35km journey is expected to take less than two hours. It will travel at around 70 km/ at an altitude of 3,000 metres.

The unique machine takes off thanks to a propeller and a parasail.

The vehicle was designed for “reconnaissance and rescue” purposes with the idea it can go to areas where other vehicles cannot penetrate, perhaps disaster zones.

If it takes (pun intended) it will be primarily used by the military or police.