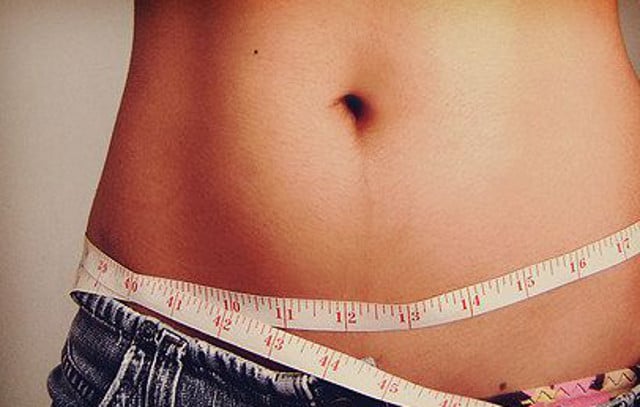 Photo: Helga Weber
Among girls aged 11 to 14, 19.6 percent were underweight in 2015, France's public health institute reported, a five-fold increase from a decade earlier.
For all children aged 6 to 17, the institute found that 13 percent were too thin, up from 8 percent.
The results could reflect fashion trends highlighting the waif look, including the “A4 waist challenge” in which girls post pictures of their ultra-slim midriffs hidden behind an office-size sheet of paper held
vertically.
But Benoit Salanave, a researcher at Sante Publique France, cautioned against drawing quick conclusions.
READ MORE: “We don't have an explanation — we have to look deeper into it,” he said, adding that for the most part the girls were merely thin: “This is not pathological, not anorexia.”
Even so, he conceded that the French authorities would have to address the issue seriously at a time when the focus is, as in many other countries, primarily on obesity.
France has seen the number of overweight people remain more or less stable over the past decade, with 17.2 percent of adults considered obese in 2015 compared with 16.9 percent previously, with the number of overweight edging up to 49.3 from 49 percent.
The report found that 3.9 percent of children aged 6 to 17 were obese and 16.9 percent were overweight, up from 3.6 percent and 17.6 percent a decade ago.
A study released Monday by The New England Journal of Medicine deemed 107.7 million children and 603.7 million adults worldwide obese, as its authors pinpointed “a growing and disturbing global public health crisis.”
The study found that 2.2 billion people — around 30 percent of the world population — were either obese or overweight at the end of 2015.