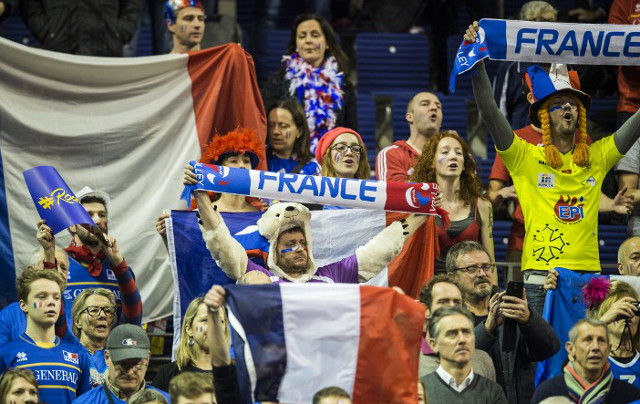 A minute's silence will be held prior to France's home friendly with England on Tuesday as a tribute to the victims of
recent terror attacks in England, the French Football Federation (FFF) confirmed on Monday.

Meanwhile, French president Emmanuel Macron and British Prime Minister Theresa May are both expected to attend the match at the Stade de France, according to Macron's own diary.

May is due in the French capital earlier in the day on business ahead of the start of Brexit negotiations next week.

In addition to the minute's silence, the English national anthem will be played after that of France, in a reversal of the usual protocol.

The English Football Association had paid a similar tribute prior to the team's last meeting, a friendly at Wembley in November 2015 that was played just days after a wave of terror attacks in Paris that left 130 dead.

Eight people were killed in an attack in London earlier this month, including three French nationals, while a suicide bombing in Manchester on May 22 left 22 people dead after an Ariana Grande concert.

The FFF source also revealed in a statement that the teams will run out to the song by Manchester band Oasis 'Don't Look Back in Anger', which will be played by the musicians and choir of France's Republican Guard.

The words of the English anthem 'God Save the Queen' will be displayed on the big screens of the Stade de France to encourage home supporters to sing along — just as English fans joined in with 'La Marseillaise' on an emotional night in London in November 2015.

“I encourage those who will be at the stadium — if the English anthem is sung, everyone should join in,” France's Blaise Matuidi said at a press conference on Sunday.

Before the minute's silence on Tuesday evening, the two sets of players will mix together in a sign of unity, rather than face each other in their opposing line-ups.

France has been on a heightened security alert following a wave of attacks across the country over the last couple of years and the level of alert in the United Kingdom was raised in the wake of the recent terrorist outrages.

On Monday there was a large security presence as the England team trained in the plush Parisian suburb of Croissy-sur-Seine.

As well as a large police presence, journalists attending manager Gareth Southgate's press conference were frisked and bags were searched on entry.

The venue is where the Russian team trained during Euro 2016 last year.