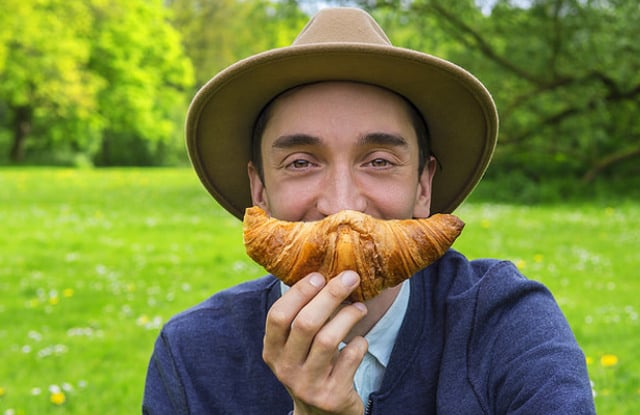 Photo: Campus France/Flickr
With the price of butter on the rise since May 2016, favourite French treats like croissants, brioche and tarts could suffer a knock-on price hike, the federation said.
As your scales might be already be aware, croissants are 25 percent butter and with the crucial ingredient now costing  €5.37 per kilo, compared to €3 before May last year, bakeries are taking a hit.
“These levels of prices have never been seen,” explained Armelle Favre, who is in charge of communications for the FEB, adding that the rise is due to a shortage of milk. “The lack is a result of a strong demand in Asian countries for milk. Today, the shortage has been slightly curbed but milk is used for cheese and cream as a priority, not for butter.”
READ ALSO: Photo: Raphaël Gabbay/Flickr
The federation has called for the dairy industry to prioritise the production of butter as a way of battling the rise in prices.
But the FEB, which represents the baked goods industry encompassing the factories responsible for producing the products as well as those distributing them, is also calling for large distributors to pay more for their baked goods to avoid the production line suffering.
If the distributors listen to their appeal, it looks likely consumers won't be able to avoid paying more for their buttery treats.
Url copied to clipboard!