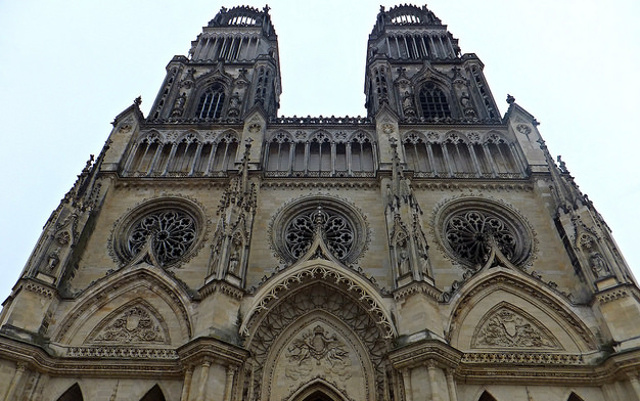 Photo: Paulo/Flickr
Andre Fort, who was bishop of Orleans from 2002 until his retirement in 2010, was charged by investigators in the northern city, according to Martin Pradel and Edmond-Claude Frety, lawyers for three alleged victims pressing civil charges against disgraced priest Pierre de Castelet.
De Castelet, 66, is accused of child abuse dating back to 1993 when he served as chaplain at a camp for young Christians and was charged in 2012. He also worked as a chaplain for the European Scouts movement.

It was Fort's successor Jacques Blaquart who reported de Castelet to authorities after one of the alleged victims contacted him in 2011. Blaquart said last year that the case involved “eight or nine cases of the touching of minors, of victims aged around 12”.
Blaquart's predecessors took measures to ensure that de Castelet would not be in contact with children but did not report him, according to Blaquart, who sacked the priest from his final duties in 2016.
“I should have done it sooner,” he said.
One of the alleged victims in the case, Olivier Savignac, said he had initially reported the abuse to Fort personally in 2010.
“He promised to take measures, but a year later the priest was still there,” Savignac, who went back to complain after Blaquart took over, told a radio programme last October.
Fort is the first bishop since 2001 to be charged in France with failing to report paedophile priests.
Pope Francis has renewed efforts to crack down on paedophilia in the church after a string of historic cases around the world unleashed widespread criticism of past efforts within the Catholic hierarchy to cover up abuse.