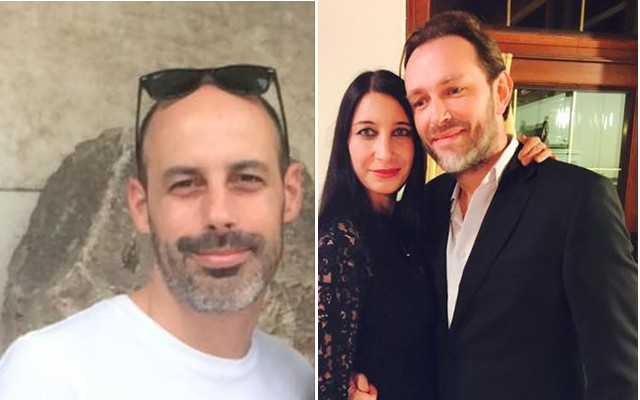 Sebastian Bélanger (left) has been confirmed as the second French victim while Xavier Thomas' body has been pulled from the Thames. Photo: Facebook Gerda Bennett/Nathalie Cros Bohan
Three Frenchmen died in the London terror attack last Saturday after police in London confirmed a body, believed to be that of missing Xavier Thomas, had been recovered from the Thames.
A statement from the British Metropolitan police said: “On Tuesday June 6th at approximately 19:44 hours the body of a man was recovered from the river, near Limehouse, by specialist officers from the Marine Police Unit.
Formal identification has not yet taken place, however Mr. Thomas' next of kin have been informed of this development.
Shortly after that announcement President Emmanuel Macron confirmed a third French victim in the attack, meaning the overall death toll had risen to eight.
“We received confirmation of the new toll this morning. There are three deaths and eight injuries on the French side,” Macron said, deploring the “heavy toll these attacks have taken on us”.
Many others are still in a critical condition in hospital including four French nationals.
Xavier Thomas had been in London for the weekend with his partner Christine Delcros when the terrorists launched their attack, crashing their van into pedestrians on London Bridge, before attacking revellers in restaurants and bars with knives.
The pair had been on the bridge at the time of the attack. Delcros was severely injured after being hit by the van, but there had been no trace of Thomas.
London's Metropolitan Police on Tuesday had issued a public appeal for information about him.
“Witness accounts suggest that it is possible that Xavier was struck by the van that resulted in him being thrown into the River Thames,” police said in a statement.
His loved ones had also launched an appeal on Facebook.
Earlier on Wednesday France's Foreign Affairs minister Jean-Yves Le Drian confirmed that a second Frenchman had been killed in the London Bridge attack.
“It is with great sadness that I have learned that one of the French citizens, who was previously given as unaccounted for, has been identified among those who have died,” Le Drian said in a statement, adding that a third French citizen remained unaccounted for.
The minister did not identify the new victim, but reports said it was Sebastien Belanger, 36.
According to France info Bélanger (pictured left above), 36, originally from the town of Angers in western France, was identified on Tuesday using DNA tests.
Appeal notices had been placed in the London Bridge area after he was reported as missing since Saturday night.
Alexandre Pigeard, 26, who was working in a French restaurant in Borough Market, has already been confirmed as being among the seven people killed in the knife and van attack on Saturday.