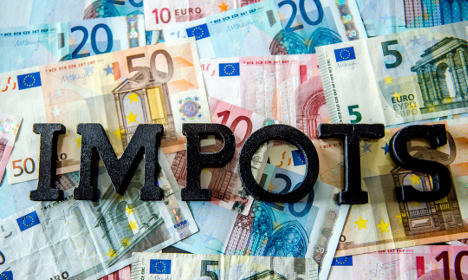 The French Prime Minister Edouard Philippe announced this week that a planned overhaul of the country’s income tax system which would see workers pay tax automatically each month, rather than retrospectively, will be delayed until January 2019.

The reform, first unveiled by former President François Hollande’s government, was due to be rolled out in January 2018, but will now be delayed another year.

Currently French workers declare and pay their income tax one year after earning it, so in 2017 they will pay the tax on the income they earned in 2016. This normally requires workers to keep money aside to avoid any nasty shocks.

But last year the previous French government confirmed it would be rolling out a pay as you earn income tax system where levies would be deducted each month. It was set to come into place in January 2018.

However the PM Philippe said more tests need to be carried out to make sure the changeover is smooth.

“Because this is about people’s money and the state’s revenue, I don’t want to commit myself to this reform without being sure it will all work well from a technical point of view,” he said.

“We are going to use the year ahead to guarantee that the system will be operational and also straightforward for employers, particularly small businesses,” said Philippe. Is it a good idea?

While the change may sound a sensible one to many, especially foreign workers in France, who fear French paperwork, it is not welcomed by everyone.

Business group Medef fear it may add an unnecessary administrative burden to companies who will be required to deduct the income tax from workers’ earning themselves.

And many workers too are reluctant to give their tax details to companies, because they are concerned about having to reveal how much wealth or property they have which would influence how much income tax they pay or even the salaries they are offered.

However the previous government had said household earnings, which French income tax is based on, will not be revealed.

While workers' monthly pay packets will obviously be reduced, given that the tax has already been deducted, there are certain advantages.

For a start, if your salaries fluctuate, and apparently they do for 30 percent of French people, then it will take away the stress of having to put money aside to pay your income taxes a year later, when perhaps your earnings may have dropped significantly.

Although you can currently pay income tax automatically each month for the previous year, many workers pay in one lump sum or in three yearly amounts. Plus in theory there should be a lot less paperwork without the annual back and forth between you and the tax man.

From the government's point of view, it helps in all sorts of ways, not least by the huge savings that will be made in administration costs. It will also help cut down on tax fraud, they say, and will give the government more regular income. It will also allow the government to more easily adjust its tax policies to the current economic conditions.

Companies will  be required to contact financial authorities to get a tax code for each employee to find out how much they should be paying. Then a slight tweak to the already complicated French payslips will see a line added showing how much has been deducted.

Tax will continue to be calculated on the basis of household or “family” earnings for those who are married or joined by civil marriage (pacsée) rather than individually. Nevertheless, each member of that household, so normally each member of the couple, will be given their own tax code, depending on what they earn.