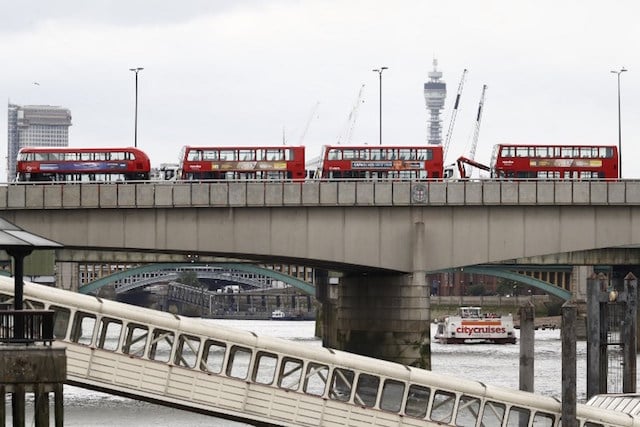 Double-decker buses are seen stationary on London Bridge as investigations continue on the day after the attack. Photo: Odd Andersen/AFP
The man was one of the seven people killed in Saturday night's attack, when knife-wielding men mowed down and stabbed revellers in London.
Speaking at the Bardo National Museum, scene of a 2015 attack on holidaymakers, Le Drian said seven French nationals were among 48 people wounded in London, four of them in critical condition.
Another French national was still unaccounted for, he added.
“It is a difficult moment that requires both solidarity and determination,” Le Drian said.
The French anti-terrorism prosecution service said on Sunday it had opened an investigation into the attack, a common procedure when French citizens are among the victims of a terror attack outside France.
READ ALSO: Posthumous wedding for gay French policeman killed by jihadist on Champs-Elysées
Presidential spokesman Christophe Castaner had previously told French radio that “two French people are wounded, one in a serious condition”.
The Elysee Palace said in a separate statement that France was doing everything it could to help the wounded, adding that security would be tightened for expatriates voting in London on Sunday in the upcoming French parliamentary election.
“The attack which struck London… is a new abominable, cowardly attack on our free societies,” the presidency said.
President Emmanuel Macron voiced his support for Britain and said France “will continue to fight terrorism with all its powers, alongside the United Kingdom and all affected countries.”
France has suffered its own wave of terror in recent years, with more than 200 people killed in jihadist attacks since 2015. 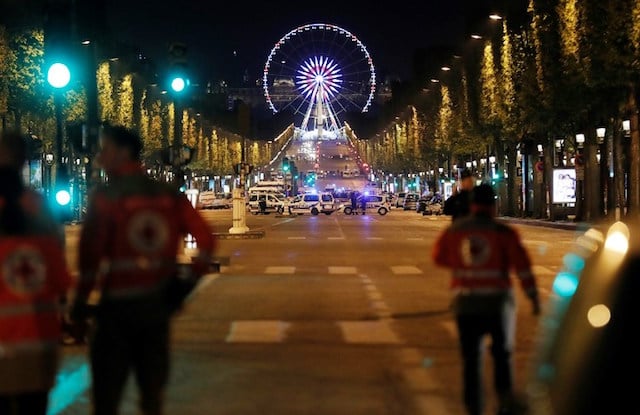 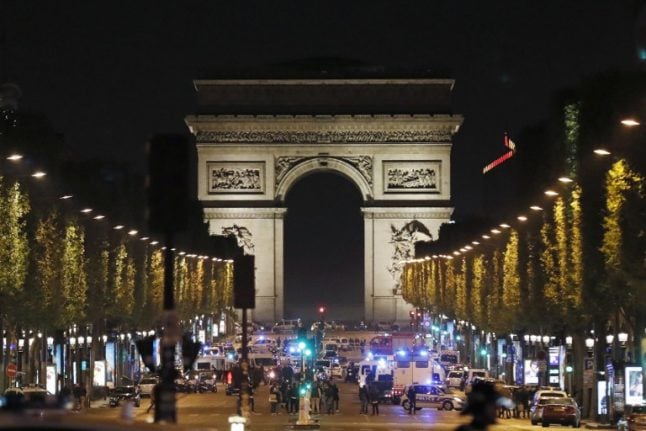