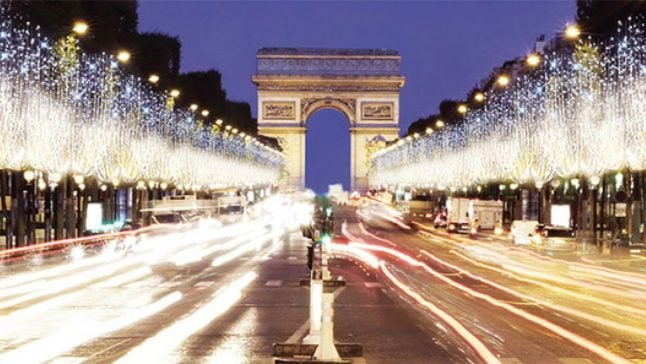 Photo: Tilemahos/Flickr
Coming in at 102 points, the consumer confidence index broke its long-term average of 100 points for the first time since the global economic crisis struck in the second half of 2007, the French national statistics agency Insee said Tuesday.
The Insee survey questions consumers about their perceptions of their personal finances and the general economy.
French consumers' confidence about their personal outlook jumped by four points to reach its long-term average for the first time since September 2007.
While the figure for those who judge it a good time to make big purchases dropped by seven points, it still remained above its long-term average, said Insee.
The survey also found a boost of optimism about the outlook for the economy as a whole, with a jump of five points to a level unseen since August 2007.
Insee noted a boost of optimism in this indicator has been observed during previous presidential elections.
Emmanuel Macron swept a runoff election in May to become France's youngest president at the age of 39, leading a new centrist political party that aims to overcome the left-right political divide seen as having hobbled the country's efforts to reform and modernise.
Concerns about unemployment, which rose to record levels under Macron's predecessor Francois Hollande, were at their lowest level since June 2008.
The consumer confidence index is an important indicator of future spending by consumers, one of the most important drivers of economic growth.
READ ALSO: Champs-Elysées: An ode to the world's most famous avenue