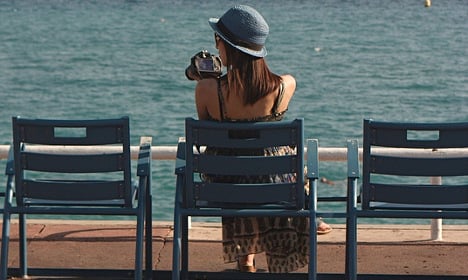 Life in France has introduced me to new produce

I had a pretty good handle on fruits and vegetables before moving to France, but I’ve been introduced to new types of produce and gotten reacquainted with foods I didn’t know much about back in the US. Some types of produce here are just more popular than they were in the US, like endives and leeks. I’ve also learned new ways to prepare foods and have become acquainted with the versatility of produce. The market culture here has been eye-opening. Even the strawberries are smaller and more flavorsome than ones from back home. It has shown me the beauty of small-town life

Going from New York City to a much smaller town in western France (In the Maine-et-Loire department near Angers) was an adjustment, but one that I’ve welcomed. NYC will always be there for me so it’s been fun experiencing my French life in a much smaller city.

It has shown me that a work life balance is possible (The French love their holidays and rightly so. AFP)

The French survive just fine without working 50-hour work weeks. You can have a family and a life and not be consumed by work. Five weeks of paid vacation is the norm — you might even get more — and you’re encouraged to use all of it!

That said, there are plenty of people who work long hours in France because their profession demands it, but generally speaking, the French vacation just as hard as they work. Time off is not just a benefit, but a way of life!

It has forced me to slow down (Shops are often closed on Sundays in France and/or Mondays too. Photo: Juan Carlos Roco/Flockr)

Literally. Many stores and other places of business close earlier than what I was used to in the USA and 24/7 service culture doesn’t exist here. You take things slow, wait in line, and enjoy the experience. The adjustment isn’t always easy, especially if you come from somewhere fast paced, but when most businesses are closed on Sundays and stores’ operating hours are different than what you’re accustomed to, you have no choice but to adapt. A leisurely afternoon stroll in the park is the norm on Sundays because you’re not going to knock out your grocery shopping in the afternoon or run any errands.

Another aspect of slowing down has to do with my speech. I don’t speak as quickly in French as I do in English since it’s my second language and find myself listening and focusing more since I have to. That’s carried over to my English as well and I’ve noticed I’m more patient with people. All around, I’ve slowed down my pace. I notice so much more about the world when I’m not rushing around everywhere.

No stress about healthcare or vet care

French healthcare will not bankrupt you and vet care for your furry friend is half the cost (or less) than what you’d pay in a major metropolitan area in the USA. I also find veterinarians to be more hands on and patient overall than vets in the USA. About human healthcare, yes you’ll pay high social charges, but the system works and routine medical care and emergency care will never stress you out to the point of going broke. It has taught me a new language

To get by in France and to feel integrated, you have to speak French at an intermediate level or above. There’s no way around that. Living in France won’t automatically make you a master at French, but it will force you to learn the language if you’re willing. Learning a new language can be extremely frustrating, but it can also be a source of laughs and something that will challenge you and help you to integrate. That’s the ultimate reward. It has allowed me to experience being “other”

This might be the most important item on the list. As a white American living in America, I fit in. People understood me and I always felt I belonged. But here, I may look like everyone else but the minute I open my mouth, they know I’m not from France.

If you watch me, you’ll see I do things differently than the French. I speak differently. Maybe I dress differently. That can be a good thing but it’s also something that marks me as “other.” You don’t always feel like you belong when you’re the foreigner, and while uncomfortable, being out of our element is something we should all experience. It only helps us to be more empathetic, forgiving, and patient as we interact with people at different stages in our lives. Whether we’re talking to family, friends, or complete strangers, we’re only human and not always the most helpful or understanding — I’m speaking from experience. Living here has shown me what it’s like when the situation is reversed, as the foreigner who doesn’t fit in.

My best advice to you is to be an outsider at least once in your life no matter how uncomfortable it makes you. While in the moment, it’s terrifying, but when you look back, you’ll notice positive changes in yourself that spill over into how you go about life and interact with those around you.

This isn’t to say that American culture and landscapes are all the same, but our 50 states are more homogeneous in a lot of ways than the countries of Europe. Living in France has allowed me to travel a bit and I’m so grateful for that. I’ve traveled by boat and train in ways I could not in the USA.

CLICK HERE for the full version of the “Oui in France” blog post as well as many other “musings on life in France”.