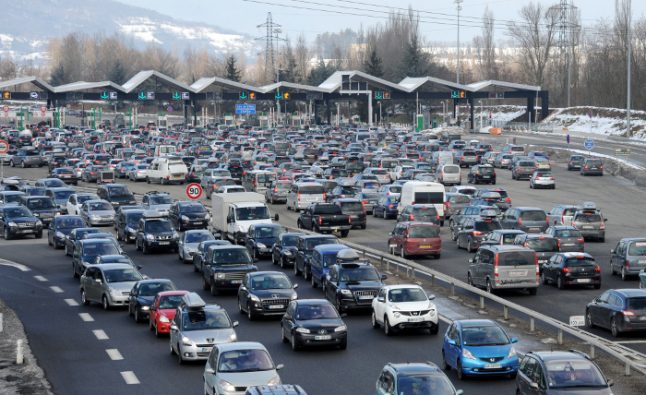 On Sunday a Russian bike rider preferred to go for the quickest route possible on her journey from Russia to Spain, but forgot one important detail – cyclists are not allowed on motorways in France.

Gendarmes had to intervene as the woman, aged in her 50s tried to pay at the Chatuzange-le-Goubet péage on the A49 between Grenoble and Valence in southeastern France.

Police had spotted her on video surveillance cameras as she cycled along the hard shoulder towards Valence on what was one of France’s busiest days of the year for motorway traffic.

The autoroute was packed with holiday traffic heading home after the long weekend as well as the usual lorries that trundle along the motorway.

She had been on the autoroute where the speed limit is generally 130 km/h for 10km before police stopped her at the toll.

Officers then put her bike in the back of their car and dropped her off at the nearest legal cycle route where she continued her journey.

READ ALSO: What you need to know about driving on France's autoroutes