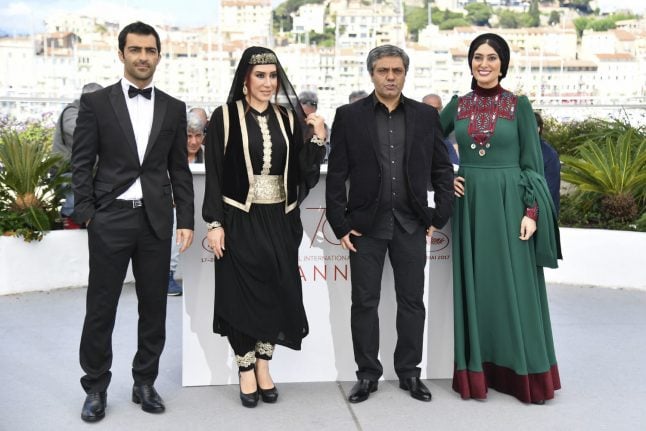 Mohammad Rasoulof won for “Lerd” about a man working on a goldfish farm in northern Iran who becomes snagged in corrupt ties between the local leaders and businessmen.

Rasoulof, 45, took best director in the same competition six years ago for “Goodbye” while he was in jail.

He had been sentenced to six years in prison in 2010 for making a documentary about protests that followed the disputed re-election of the then Iranian president Mahmoud Ahmadinejad the previous year.

He was also banned for making films for 20 years, but the sentence was reduced to one year on appeal.

Another of his films, “Manuscripts Don't Burn”, about authors and activists murdered in the 1980s and 1990s, was shown at Cannes in 2013.

American Taylor Sheridan, whose was nominated for an Oscar last year for his screenplay for the modern Western “Hell or High Water”, won best director for “Wind River”, a crime thriller about an FBI agent investigating a murder on a native American reservation.

“Barbara”, a biopic about the eponymous 1960s French singer, also won a commendation, while Jasmine Trinca won best actress for her performance as a young divorced mother in Italian drama “Fortunata”.

Meanwhile, “120 Beats Per Minute”, a moving French drama about AIDS activists, won three of the festival's subsidiary awards, including the critics' prize, in what could be a sign that it may take the festival's top prize, the Palme d'Or on Sunday.

The FIPRESCI critics' jury also rewarded the debut Russian feature “Tesnota” by Kantemir Balagov and Portugal's “A Fabrica de Nada”, about workers who take their factory apart rather than let their jobs go abroad, by Pedro Pinho.

READ MORE: All the news from Cannes