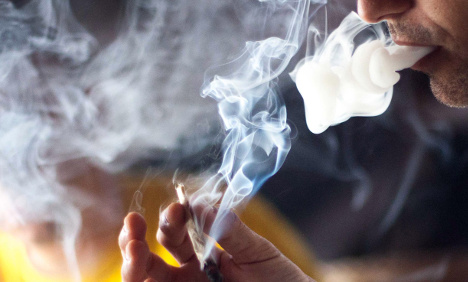 French President Emmanuel Macron vowed to reform laws on cannabis use in his election campaign manifesto. Currently offenders can face up to a year in jail plus a fine of up to 3,750 euros ($4,200).

“Last year, 180,000 people were found to be in violation of drug laws. On average these cases take up six hours of police time and the same amount for the presiding magistrate,” government spokesman Christophe Castaner said.

“Is the system effective?” No,” he added. “What is important today is to be effective, and above all to free up time for our police so they can focus more on essential matters.”

Castaner stressed however that the new measures will not amount to decriminalisation of cannabis use, recalling that Macron had no wish to reopen that debate “because consuming drugs remains serious and is dangerous to health”.

Macron's predecessor, Socialist Francois Hollande had refused to consider decriminalisation, a fact which became a source of friction within his own party.

The move to simplify the judicial procedure was welcomed by police unions.

“It's a good idea that takes reality into account,” argued Patrice Ribeiro, of the police officers union.

“Most policemen who arrest a user tell him to throw the joint away and then let them move on”.

However the government initiative received a less enthusiastic response among magistrates.

“This won't change much and it's not going to unclog the courts,” said magistrates union representative Virginie Duval.

According to a monitor, the French Observatory for Drug Use and Addiction, 17 million French citizens in 2014 said they had taken cannabis at some point in their lives, and 700,000 used it daily.